Fast descents are the condition of getting down during unexpected change of weather or when the situation of lift is very good. There are three types of fast descent methods.

In this technique the out A-lines are pulled out when there is no acceleration, the flight will fold the wing in an inward manner which will then reduce the angle of glide while mildly decreasing the forward speed.

As the wing area gets reduced, the loading of wind increases and then the wing becomes more stable. But this method will increase the angle of attack and the craft will go into a stall speed and it will then increase the descent rate but that can be rectified by applying the speed bar which will help the descent rate to increase and the wing will re-inflate.

In this method, the riser of the second set is pulled out from the leading edge or the front of the B-lines independently from the others. It puts a crease in the wing and then it separates the airflow from the surface of upper part of the wing. It reduces the lift which were being produced from the canopy and increases the rate of descent.

This is the most fast and effective method of fast descent. It can give up to a sink rate of 25m/s. This method holds all forward progress and left the craft to air down and then the pilot pulls the brakes and shifts his weight on one side and then take a sharp turn. After few turns the wing reaches pointing directly towards ground. When the driver reaches his desired height, he then slowly pulls the brakes and shifts his height towards outside. 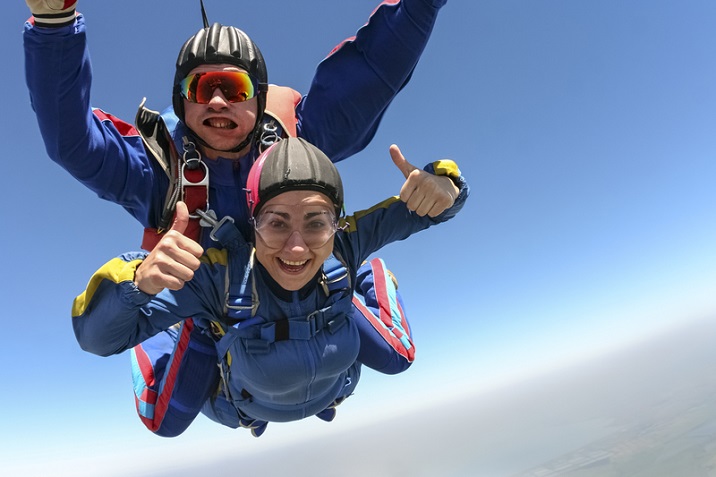