Group decision-making commonly known as collaborative decision-making is a situation faced when individuals collectively make a choice from the alternatives before them.

The decision is then no longer attributable to any individual group member as all the individuals and social group processes like social influence contribute to the decision outcome. 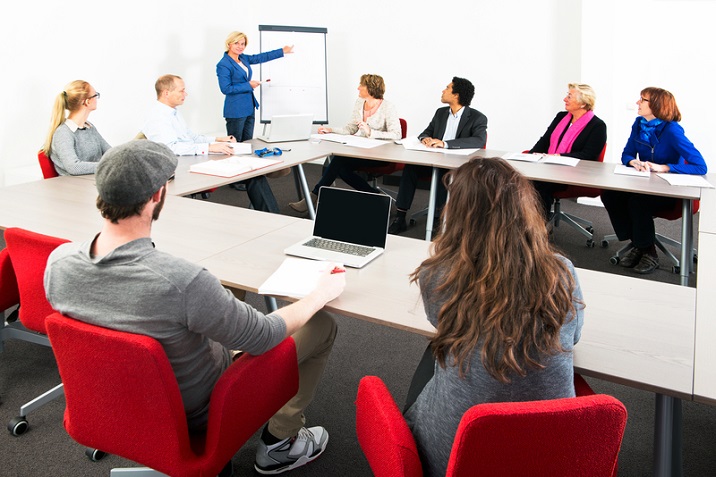 It is the idea that the whole is greater than the aggregate of its parts. When a group makes a decision collectively, its judgment can be powerful than that of any of its members. Through discussing, questioning, and collaborative approach, group members can identify more complete and robust solutions and recommendations.

Group decisions take into account a wider scope of information as each group member may contribute distinct information and expertise. Sharing information increases understanding, clarifies issues, and facilitates movement towards a collective decision.

The major disadvantages of group decision making are as follows −

Group decision making results in distribution of responsibility that results in lack of accountability for outcomes. In this way, everyone is responsible for a decision, and no one really is. Moreover, group decisions can make it easier for members to refuse personal responsibilities and blame others for bad decisions.

Group decisions can sometimes be less efficient than individual decisions. It takes additional time because there is a need of active participation, discussion, and coordination among group members. Without good facilitation and structure, meetings can get eliminated in trivial details that may matter a lot to one person but not to the others.

One of the biggest disadvantage of effective group decision making is groupthink. It is a psychological phenomenon that occurs within a group of people in which the wish for harmony or conformity results in an illogical or dysfunctional decision-making outcome.

By refraining themselves from outside influences and actively suppressing opposing viewpoints in the interest of minimizing conflict, group members reach a consensus decision without critical evaluation of substitute viewpoints.

In order to eliminate group think and group shift from a group, we can use four different techniques that will help us make a collaborative decision that is best for the group. These techniques are −

This technique includes a group of people, mostly between five and ten in number, sitting around a table, producing ideas in the form of free association. The main focus is on generation of ideas and not on evaluation of these ideas.

If more ideas can be originated, then it is likely that there will be a unique and creative idea among them. All these ideas are written on the blackboard with a piece of chalk so that all the team members can see every idea and try to improvise these ideas.

Brainstorming technique is very effective when the problem is comparatively precise and can be simply defined. A complex problem can be divided into parts and each part can be dealt with separately at a time.

This technique is similar to brainstorming except that this approach is more structured. It motivates individual creativity. Members form the group for namesake and operate independently, originate ideas for solving the problem on their own, in silence and in writing. Members do not communicate well with each other so that strong personality domination is evaded.

The group coordinator either collects the written ideas or writes them on a large blackboard so that each member of the group can see what the ideas are. These ideas are further discussed one by one in turn and each participant is motivated to comment on these ideas in order to clarify and improve them. After all these ideas have been discussed, they are evaluated for their merits and drawbacks and each actively participating member is needed to vote on each idea and allot it a rank on the basis of priority of each alternative solution.

The idea with the highest cumulative ranking is selected as the final solution to the problem.

This technique is applicable only in certain situations, but is an excellent method when a situation actually demands it. The type of problem should be such that it generates output in the form of yes or no. Say for example, a decision is to be made whether to buy or not to buy a product, to merge or not to merge, to expand or not to expand and so on. These types of decision requires an extensive and exhaustive discussion and investigation since a wrong decision can have serious consequences.

There are many advantages as well as disadvantages of this type of situation. The group that makes the decision is divided into two sub-groups, one in favor of the “go” decision and the opposing in favor of “no go” decision.

The first group enlists all the “pros” of the problem solution and the second group lists all the “cons”. These groups meet and discuss their discoveries and their reasons.

After tiring discussions, the groups switch sides and try to find weaknesses in their own original standpoints. This interchange of ideas and understanding of various viewpoints results in mutual acceptance of the facts as they exist so that a solution can be put together around these facts and ultimately a final decision is reached.

This technique is the improvised version of the nominal group technique, except that it involves obtaining the opinions of experts physically distant from each other and unknown to each other.

This isolates group members from the undue influence of others. Basically, the types of problems sorted by this technique are not specific in nature or related to a particular situation at a given time.

For example, the technique could be used to explain the problems that could be created in the event of a war. The Delphi technique includes the following steps −