The modern pentathlon consists of five events which are fencing, 200m freestyle swimming, show jumping, pistol shooting and 3200m cross-country run. Different equipment are used for different sports played in pentathlon which we are going to discuss in this chapter.

The equipment used in fencing are divided in two categories namely protective clothing and weapon.

The protective clothing that are used in fencing are Jacket, Gloves, Sous-Plastron, Mask, Breeches/Knickers, chest protector, and sleeve. Most protective equipment in fencing is made up of tough cotton or nylon. Kevlar is also used for making jacket, breeches, underarm protector, lame and the bib of the mask.

However, Kevlar is tough to clean because it breaks down to chlorine when comes in contact with UV light thus making cleaning process tougher. Other ballistic fibres like dyneema is also used for such protective equipment. 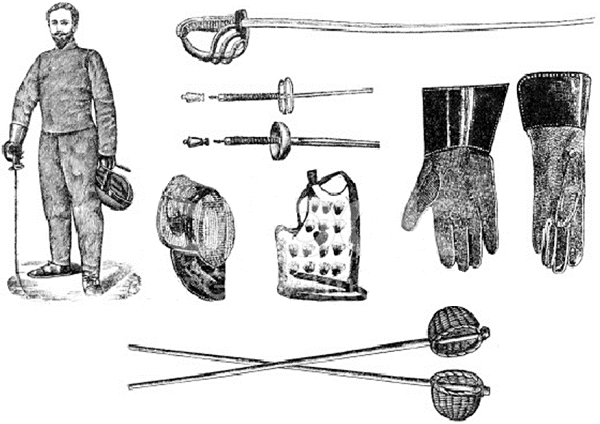 Jacket is the outer protective equipment which protects the hand and other body parts. It comes with a strap which passes between legs. A small gorget folded fabric is sewn around the collar of the jacket to protect the neck from injuries.

Sous-Plastron is worn underneath the jacket which provides double protection from the sword arm and upper arm. There is no protection for underarm area because there is no seam which would line up with the seam of the jacket hence provides a weak spot.

The Knickers or Breechers are short trouser which end up just below the knee. The breechers should have 10cm overlapping with the jacket and it comes with a suspended brace. Fencing shocks are long enough to cover the knee and some covers most of the thigh.

Fencing shoes have flat soles and reinforced for the back foot and front heal to protect foot from lunging. Gloves are used to protect hand and provides better grip. The gloves consist of gauntlet which prevents the blades to go into the sleeve and cause injury.

Chest protectors are made up of hard plastic and mostly worn by female fencers and sometimes by male fencers.

The sword that is used in modern pentathlon fencing event is Epee. Epee is also a thrusting weapon which is heavier than Foil and weighs 775 grams. It has larger round guard which protects the hand from direct attack of an opponent. 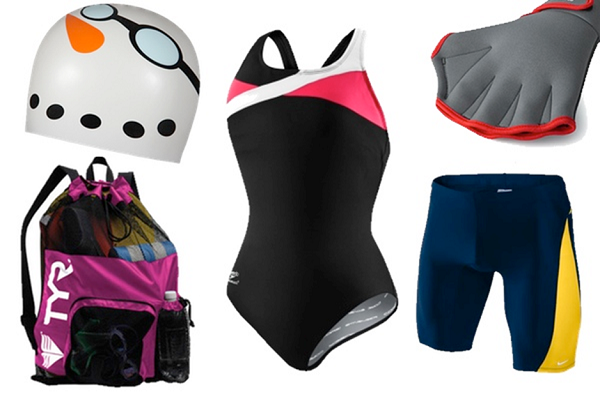 Swimming drags are important because it helps in reducing the drag in water which is 780 times more than drag in air. Thus this drag will create many problems while swimming. Hence to reduce this drag swimming suit or drags are worn.

Show jumping is done with the help of horse in which a rider sits on the horse and performs the show jumping. It is one of the most exciting events to watch out for. In this sport, many jumps are performed hence it requires many types of equipment for the rider to control the horse and for the protection of both horse as well as rider.

The equipment used in the show jumping is called horse tack and it includes saddles, stirrups, bridles, halters, reins, bits, harnesses, martingales, and breastplates. Saddle is a seat for the rider which is mounted on the back of horse and goes around the horse with strap at a point about 4 inches behind the forelegs.

It is important that the saddle should be mounted properly because improperly fitted saddle can create pressure points on horseback muscle which will create pain for horse and can cause injury to both rider and horse.

Stirrups are used to provide support to the rider feet hung around both sides of horse. It provides greater stability for rider but has safety concern as there is a possibility that the feet may get stuck in stirrups and when rider loses control and falls down from horse, their feet may get trapped and get dragged by the running horse.

Halters consist of noseband and headstall that buckles around the head of horse so that they can be tied and led properly without any deviation from the path. Bridles are attached to the reins to gain proper control for riding as well as to control the horse. Reins are the two leather strips or rope connected to the outer end of the bit and extended to the hand of the riders. 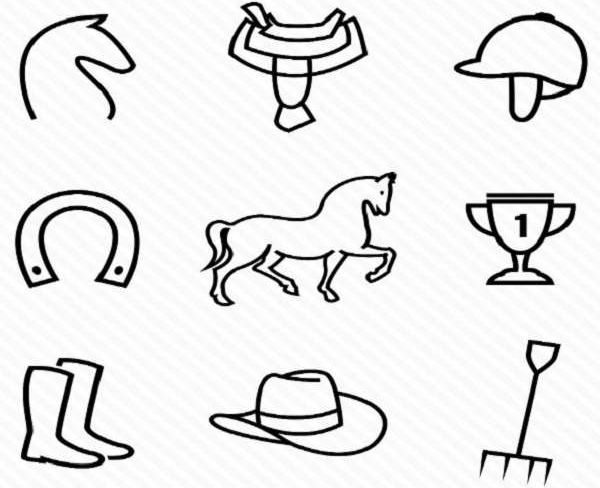 A bit is a device placed in a horse’s mouth and kept on horse’s head by means of headstall. The bit does not fit on the teeth but rests on the gums of the horse. It is necessary that the bits should be of proper size and fitted appropriately into horse’s mouth because improper fitting can cause pain to horse mouth. A harness is a set of devices that is attached to a card or other load.

Breastplates are attached to the front of the saddles. It usually consists of straps that runs between the horse’s front leg and attaches to the girth. It is used to keep the saddle intact so that it doesn’t move backward or sideways which will cause the rider to fall down from the back of the horse while riding.

Earlier, players were asked to choose a pistol of their choice for the shooting sport. Those pistols were single shot pistols, multi barrelled pistols, revolvers, semi-automatic pistols and machine pistols. Presently, in case of combined event, laser pistol has replaced the traditional pistols. These pistols have made the shooting event faster than before. 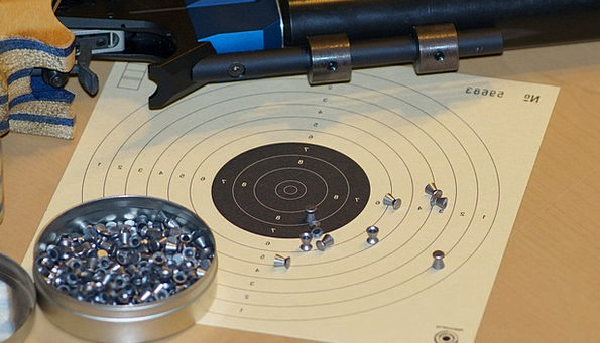 Cross Country Running has very little specialized equipment. Most races are performed in shorts, vests and shoes. The most common footwear is cross-country spikes. These are light-weight shoes with rubber soles and five spikes screwed at the foot end of the sole for better grip. 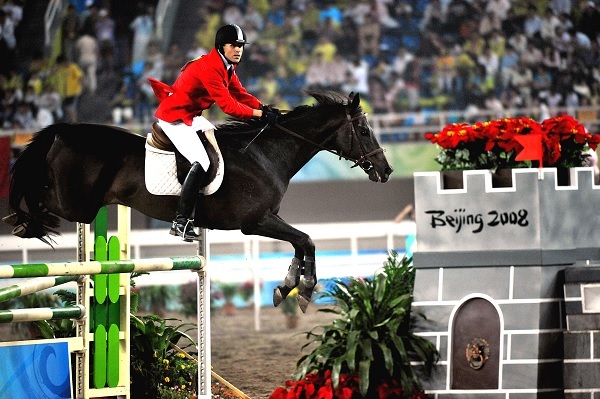