How to Play Modern Pentathlon?

In modern pentathlon, players have to contest against each other in five different sports. The competition starts with fencing, followed by a swimming, then show- jumping, shooting and the cross country running.

In the present scenario, the organizers have mixed the events of shooting and cross country run. The strategy of combining these events started in 2009, which has become very popular among the audiences.

The first event that is conducted in pentathlon is fencing where the players compete against each other only in the epee format. In case of modern pentathlon, the players face all other players individually in a round-robin manner. 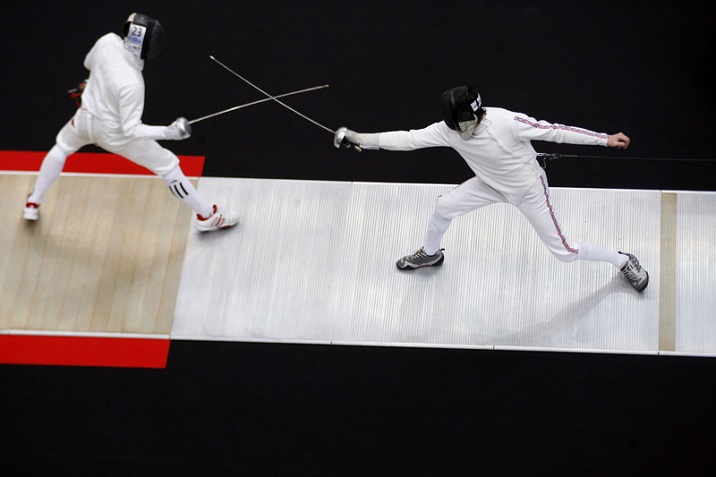 In epee fencing the epee is the thrusting weapon which weights 775 grams and the whole body is a valid target. The hand guard is a large circular guard which points towards pommel and protects hand from direct stab which is a valid target. The points are counted for hitting the target by the tip of the Epee. Any hit by the blades are not valid hence no points are awarded.

Each matches lasts for 1 minute where the players try to hit each other while following the normal fencing rules. The players have to hit each other once only. The first one to hit the opponent is declared winner instantly. During the match, double hits are not counted. 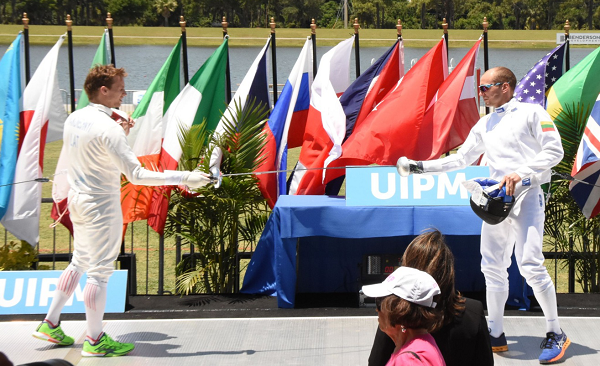 In case the players fail to hit each other once during the 1 minute duration lose the match. The players can gain the point by hitting any part of the opponent’s body from head to toe. Once the ranking round of fencing is over, the players go for the bonus round where based on their rankings in the previous round, the player having last rank compete against the player whose rank is immediate one above the last rank player.

The winner between them again competes against the player having immediate rank one above. In this way the sport goes on till all players have finished their bout. Each bonus round victory earns one point to the player. An electronic device is used to mark a hit once connected to player’s body or cloth. During the fencing matches, making 70% hits earns a player 1000 points whereas each hit above 70% of the total number of hits earns +24 or -24 points.

Once the fencing event is over, players move to the swimming event. The swimming event organized in modern pentathlon is a 200meter freestyle swimming where there is no restriction on players regarding their swimming style but once the event has started, they cannot alter the style during the event. 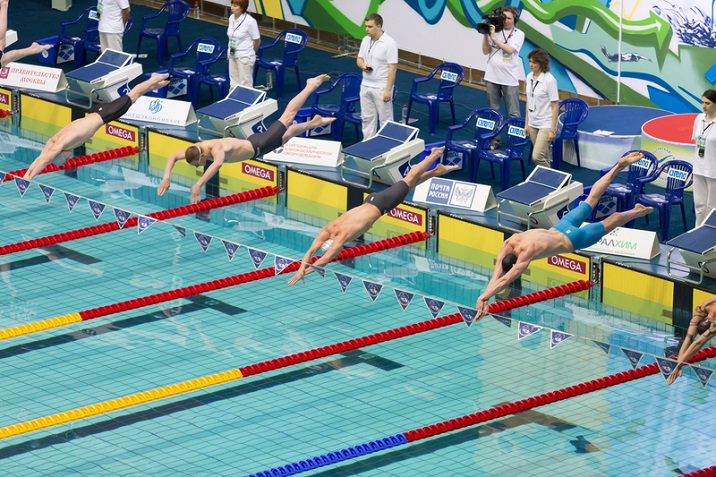 Players are then seeded in heats based on their fastest time to complete the distance. Here in case of men, finishing the race in 2 mins 30 secs earns the player 250 points and 0.33 seconds before/after that time earns him/her +4 or -4 points. In case of women, the finishing time to earn 250 points is 2 mins 40 secs.

The third and next event is the show jumping where the players ride horses on a track that is filled with obstacles. The athletes are provided with horses by the organizers and horses are chosen randomly through draw 20 min before the start of the event. The athletes are allowed to ride and jump for 5 times with their new horses as the athletes are pretty unknown to the horses meant for their riding. 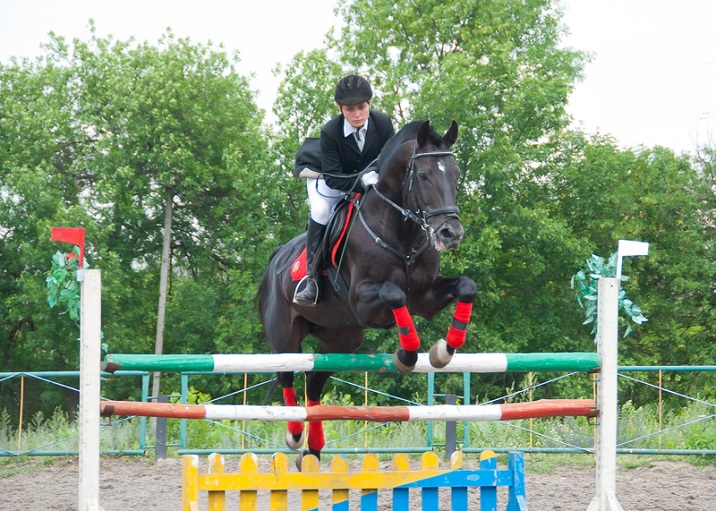 The scores are given based on the manners and way of riding the horse as well as overcoming the obstacles. Within a specific time the rider along with the horse has to clear all the hurdles. Based on the number of hurdles cleared and finishing the course within allotted time, the riders earn scores. The course usually includes 15 jumps with 12 obstacles including at least one double jump and one triple jump.

Shooting is conducted in indoor shooting range with the help of 4.5 mm air pistol. A player has to shoot fixed targets which are located 10 meter apart. The shooters are given 20 rounds to shoot. The maximum time given between each shot is 40 sec and best 10 shots are considered for point calculation. 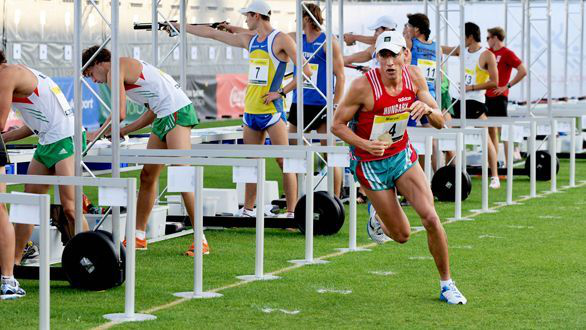 The cross country race is organized on coarse ground or public road for about 3 km. The athletes with highest point in first four sports start the race and other athletes will start the race in different time intervals depending on the points they scored in the four sports. Men should finish the race in 10 minutes and zero seconds and women requires to finish the race in 11 minutes and 20 seconds to gain 1000 points which is added to the points they have earned in the previous four sports.