Let’s now understand what we have to do using an example:

Similarly when the bottom 4 squares are placed then we get a new isosceles triangle with base (s-a) and then we repeat the same procedure and get 3 squares and so on until a single square is placed at the top. 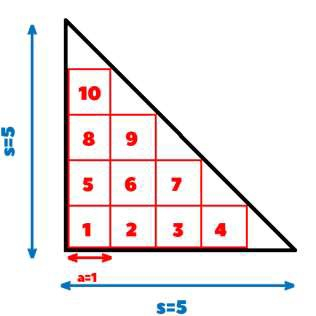 Approach used in the below program as follows