Deep learning is an evolving subfield of machine learning. Deep learning involves analyzing the input in layer by layer manner, where each layer progressively extracts higher level information about the input.

Let us take a simple scenario of analyzing an image. Let us assume that your input image is divided up into a rectangular grid of pixels. Now, the first layer abstracts the pixels. The second layer understands the edges in the image. The Next layer constructs nodes from the edges. Then, the next would find branches from the nodes. Finally, the output layer will detect the full object. Here, the feature extraction process goes from the output of one layer into the input of the next subsequent layer.

By using this approach, we can process huge amount of features, which makes deep learning a very powerful tool. Deep learning algorithms are also useful for the analysis of unstructured data. Let us go through the basics of deep learning in this chapter.

The most popular and primary approach of deep learning is using “Artificial neural network” (ANN). They are inspired from the model of human brain, which is the most complex organ of our body. The human brain is made up of more than 90 billion tiny cells called “Neurons”. Neurons are inter-connected through nerve fiber called “axons” and “Dendrites”. The main role of axon is to transmit information from one neuron to another to which it is connected.

Similarly, the main role of dendrites is to receive the information being transmitted by the axons of another neuron to which it is connected. Each neuron processes a small information and then passes the result to another neuron and this process continues. This is the basic method used by our human brain to process huge about of information like speech, visual, etc., and extract useful information from it.

Based on this model, the first Artificial Neural Network (ANN) was invented by psychologist Frank Rosenblatt, in the year of 1958. ANNs are made up of multiple nodes which is similar to neurons. Nodes are tightly interconnected and organized into different hidden layers. The input layer receives the input data and the data goes through one or more hidden layers sequentially and finally the output layer predict something useful about the input data. For example, the input may be an image and the output may be the thing identified in the image, say a “Cat”. 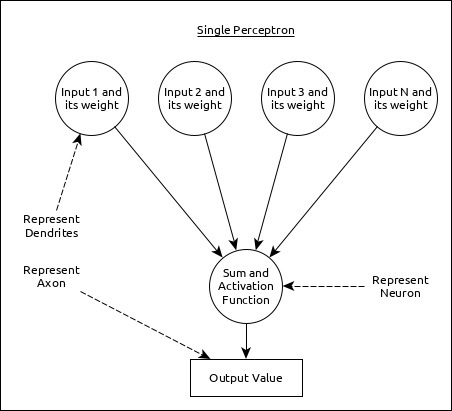 Let us understand different types of artificial neural networks in this section. 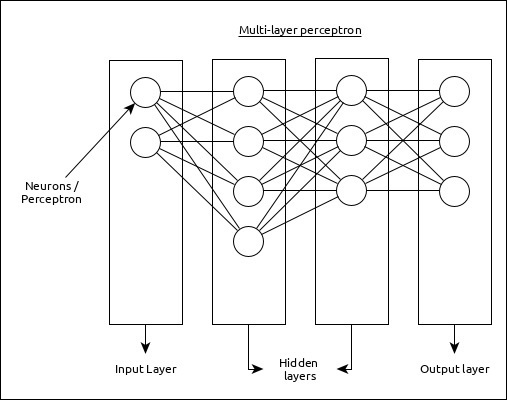 Convolutional neural network is one of the most popular ANN. It is widely used in the fields of image and video recognition. It is based on the concept of convolution, a mathematical concept. It is almost similar to multi-layer perceptron except it contains series of convolution layer and pooling layer before the fully connected hidden neuron layer. It has three important layers −

A simple CNN can be represented as below −

Recurrent Neural Networks (RNN) are useful to address the flaw in other ANN models. Well, Most of the ANN doesn’t remember the steps from previous situations and learned to make decisions based on context in training. Meanwhile, RNN stores the past information and all its decisions are taken from what it has learnt from the past.

This approach is mainly useful in image classification. Sometimes, we may need to look into the future to fix the past. In this case bidirectional RNN is helpful to learn from the past and predict the future. For example, we have handwritten samples in multiple inputs. Suppose, we have confusion in one input then we need to check again other inputs to recognize the correct context which takes the decision from the past.

Deep learning requires lot of input data to successfully learn and predict the result. So, first collect as much data as possible.

Choose an algorithm, which will best fit for the type of learning process (e.g image classification, text processing, etc.,) and the available input data. Algorithm is represented by Model in Keras. Algorithm includes one or more layers. Each layers in ANN can be represented by Keras Layer in Keras.

The above steps can be represented using below flow chart − 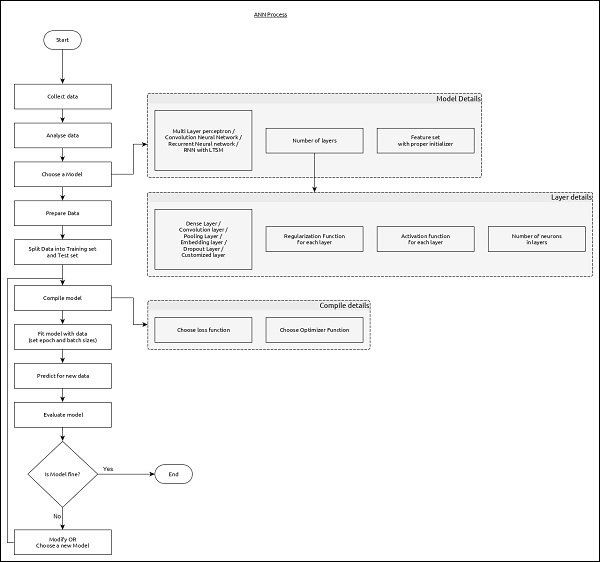