JqueryUI is a powerful Javascript library built on top of jQuery JavaScript library. UI stands for User interface, It is a set of plug-ins for jQuery that adds new functionalities to the jQuery core library.

It was released in September 2007, announced in a blog post by John Resig on jquery.com. The latest release, 1.10.4, requires jQuery 1.6 or later version. jQuery UI is a free, open source software, licensed under the MIT License.

JqueryUI is categorized into four groups, interactions, widgets, effects, utilities. These will be discussed in detail in the subsequent chapters. The structure of the library is as shown in the image below − 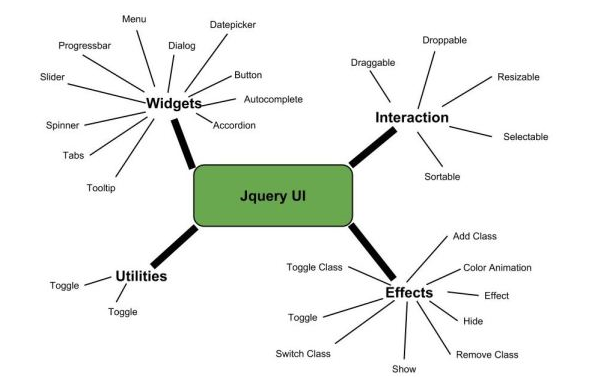 The below are some of the benefits of Jquery UI −