How to Still Watch the HD Replay of Rio Olympics

Olympics season has already ended and we can’t wait to catch all the fun in HD! Not all of us were lucky to go to Rio de Janeiro to cheer our country, but we watched our stars on television. Now to add to the fun and excitement, many of our broadcasting networks are planning to telecast the action once again- and in 4K high-definition picture quality!

Yes, that’s right! Now you can catch a glimpse of Summer Olympics in all its glory in full HD quality with a bucket of popcorn in hand. For the first time in history, all the games of Rio Olympics will be broadcasted and replayed in HD mode, and that too in Virtual Reality.

This year NBC will be broadcasting a 4K Ultra HD(UHD) coverage to cable, satellite, telecom providers and may other partners. While it’s a great news for people who love to see their games in crystal clarity, the downside is that this 83 hours of coverage will be broadcasted on one day delay, which will include a 4K UHD footage of both the opening and closing ceremonies, swimming, track and basketball, men’s soccer final, judo and Rio sceneries. 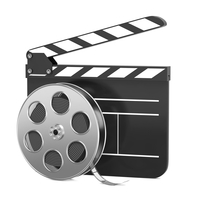 Now you can watch re-telecast of all the events on your mobile phone anywhere, anytime. Just make sure that you have a decent internet connection. Today you have so many choices that the real challenge is in selecting one of them. There are many dedicated apps designed for watching and telecasting these games. Some of the top are BBC iPlayer app for iOS, Android and Windows Phone.

If not this, then you can opt for the official BBC Olympics app for Android and iOS or the BBC Sports app for iOS, Android and Windows phone.

What if you missed the Live Streaming? 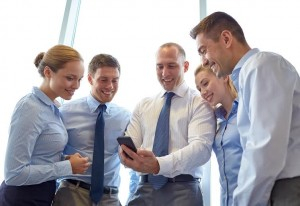 Now, it might not be possible to catch the live stream always. Sometimes, multiple events will be taking place simultaneously. Also, live stream may not be available for some events, but you can always catch a glimpse of the highlights and the latest stats from the games through the official Rio 2016 aps for iOS, Android and Windows phone.

Even if technology can’t help you in actually taking you to the location of the events, but it definitely can offer you the next best thing. With the help of Virtual Reality, you will get the next-best experience of what it actually feels like to be in that stage and that too in HD mode!

NBC had shaken hands with Samsung Great VR and Samsung Galaxy smartphone to design Virtual Reality devices through which users can access more than 100 hours of virtual reality programming. This VR content covers everything, starting from the opening ceremony to closing ceremony. With the ceremonies they cover events like men’s basketball, gymnastics, track and field, beach and volleyball, diving, boxing and also the fencing events.

It feels just like yesterday that Rio de Janerio, Brazil was hosting the summer Olympics games. It feels like time has flown in a blink of eye, even if, in reality, a couple of weeks have already passed. But it’s now time to revisit that excitement and euphoria again. Let’s see the world again greet the new fine athletes and appreciate their talent and skills. The Rio Olympics which started on 5th August was wrapped up on 22nd August.