It has been more than a decade since the world had its first glance at social networking. With emerging technologies and with our fast growing adoption towards technology, Social Networking is being integrated into our lifestyle at an astounding rate. Whether sharing your most ecstatic moments or letting all your anger out. everything has been enriched, enhanced and revamped by the social networking giant called Twitter.

Since its birth in July 2006, Twitter has raised the bars in the field of of conveying emotions and messages in the world of internet and social networking. It has grown, it has evolved and it is loved by billions of social net-workers out there. It also fulfills the dream of millions of people to get in touch with their favorite celebrities. All your loved ones, favorite personalities and your fans are just a click away.

Twitter is still unsafe, Even with all the Security 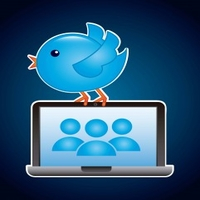 The programmers and the designers at Twitter are very efficient and work tirelessly to ‘not to get your Twitter account vulnerable to hackers’. In spite of such a high level of encryption, Twitter accounts are still prone to hackers, cyber mercenaries and cyber terrorists who are lurking around Twitter to get into somebody’s account and leach on their resources with an intent which is not so funny. In short, the more popular you are; it is more likely that your account is being eyed on by various cyber criminals. The attack may be spontaneous or gradual.

In short, the more popular you are; it is more likely that your account is being eyed on by various cyber criminals. The attack may be spontaneous or gradual.

How to Increase Security?

Now you must be questioning yourself, “Is my account safe?”, “Is my social profile vulnerable to cyber-parasites?”, “Is it possible for someone to sneak into my account and abuse my social image?”, and the list of abstract questions in your mind goes on and on.

Well, not necessarily, but may be. If you are popular enough on twitter, chances are high that somebody is peeping into your account. For some, this may be just a casual article but for some, this article may help ensure their social security. Read on further for more! Call me old school, call me paranoid or may be a little biased, but this little trick works as a charm in the case of increasing your social security. A bigger and a more complex password always has an upper hand in maintaining security. Think of it as a wall between you and the cyber criminals. The bigger and stronger the wall, the more secure you are. Not only Twitter, not only Social networking, not even only the internet, this trick works for all the password protected entities which exist in the world.

The trick is to try and build a more sophisticated password which includes various combinations of upper case alphabets, lower case alphabets, numbers and symbols altogether. Surprise the hackers with the level of your unpredictability. Make their job tougher. Why only tough, make it damn impossible for somebody to sneak in to your account and invade your private space.

For the Hand-held ‘Tweeters’ – The Official Twitter App is Safer 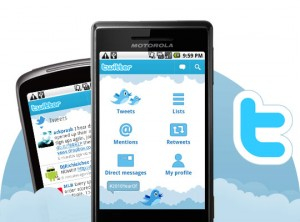 If you are hooked to twitter and use your phone, smartphone, tablet or any handheld device to access twitter, it is safer for you to use the official Twitter app instead of using general web browsers. People using IOS already have the Twitter app integrated to the operating system. Most of the Android and Windows phone manufacturers provide phones with the twitter app being pre-installed. Even, budget phones with a pre-installed Twitter app are also manufactured.

In short, twitter has left no reason to use the web browser to access Tweeter. So, why don’t you take it as an advantage. The working theory behind this tip is that, people who very often login and logout of their Twitter accounts are in a greater risk to encounter a security breach of their Twitter account. By using the official Twitter app, a ‘Tweeter’ has to log in to his account once and stay logged in to the account even after the app is closed. This decreases the frequency of the login-logout process, hence increasing the security and productivity of the users.

When you follow somebody, try to know the kind of person s/he is and take a good look at the nature of the person’s tweets before following him/her blindfolded. There may be a plethora of fake Twitter accounts of your favorite personalities. Only the people whom you follow on twitter can send you direct personalized messages. So, whenever somebody sends you a suspicious link, behold your curious bone and try to verify the safety of the link before recklessly digging into it.

Verify the Link Address which you want to Open

Let us assume, you opened a link sent to you as a Direct Message through your twitter account. Before doing that, be sure to check for the authenticity of the link. There are many hackers who may trick you into putting your account credentials by using a hacking technique called fishing. They may send you a Direct Message with a spam link which may redirect you to a fake twitter page or to a page promising services in return of logging into twitter through their website. These are the types of links you should stay miles away from. Cyber criminals behind those webpages may stab your social security with the dagger of their unethical intentions and dishonesty.

What to do When your Account is already Hacked? 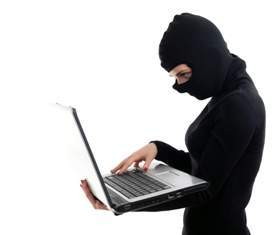 If you are one of the unfortunate people who have already got their accounts hacked, the first thing you should do is go to the twitter login page and just click on the “Forgot Password?” link. Follow the instructions and if you have the right credentials, you will be able to reclaim your account within minutes, in most of the cases.

If possible, inform your followers and the people you follow about the hacking of your account through Direct Messages. If you are still unsuccessful, try to contact the Twitter team through email or any other medium possible.

These tips may sound a little mediocre and amateur, but believe me, following these tips will result in a safe and secure Twitter account. Unethical hacking has been a serious problem since the beginning of the internet. Let’s join hands and uproot the hacking problem from its very foundation. Your privacy is rightfully yours and nobody can take it from you.