How to compare two branches in Git?

From the below diagram we can easily understand that there are two branches in the repository one is the master and the other is a feature branch. Each commit and their corresponding commit message are shown in the diagram. From the diagram, it is clear that initial commit hash is “9260faa” 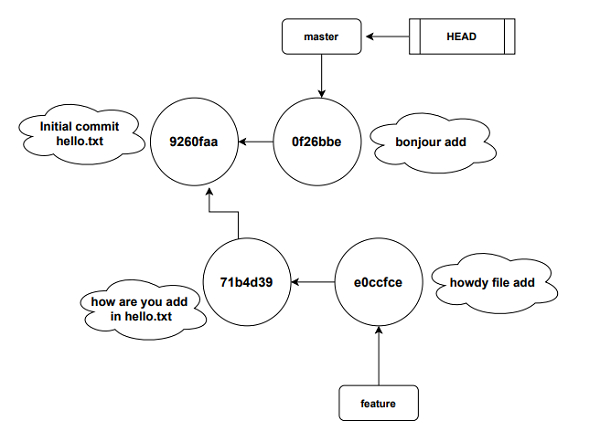 The following command can be used to get a similar graphical representation of branches.

At some point in time the feature branch has to be merged to master, as it is our main line of work. The syntax to list commit differences using the git log command is given below −

The following command compares two branches and returns the commits that are present in the feature branch but are unavailable in the master branch.

The output is shown below −

The following command lists differences in files in the current branch (master) and the feature branch.

The output is shown below −

The −−name−status flag can be used with the diff tool to show both the file name and its status.