How can I become part of the blockchain? 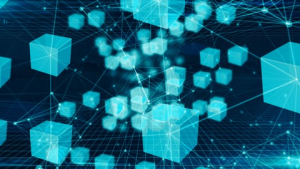 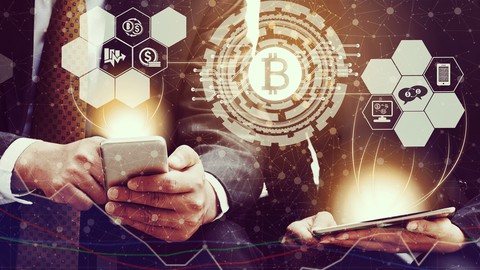 One of the most debated topics in the digital realm is blockchain. Almost every industry has seen a revolution because of this fantastic technology, which joined them with the bitcoin market. Due to this, billions of people now trust the blockchain, which has been the subject of much hype over the previous ten years. Since the introduction of the most well-known cryptocurrency, Bitcoin, in 2009, the technology has attracted more and more interest.

Most people use the phrases "blockchain" and "Bitcoin" interchangeably because they are unaware of the differences between them. However, the line between these two is really thin. The first cryptocurrency, Bitcoin, appeared in 2009 and provided the foundation for the current cryptocurrency market. Blockchain technology is credited as being made popular by Bitcoin. Given the current trend toward a digital age, one of the tech industry's fastest-growing segments is blockchain technology.

What exactly is blockchain technology?

A blockchain is a decentralized, immutable database that makes it easier to track assets and record transactions in a corporate network. An asset may be physical (such as a home, car, money, or land) or intangible (intellectual property, patents, copyrights, branding). On a blockchain network, practically anything of value may be recorded and traded, lowering risk and increasing efficiency for all parties.

How does blockchain technology work?

Each transaction is recorded as a "block" of data as it is completed. These transactions demonstrate the transfer of an asset, which may be tangible (a product) or intangible (intellectual). Who, what, when, where, how much, and even the condition—such as the temperature of a food shipment—can all be recorded in the data block.

Every block is interconnected with those that came before and after it. As an asset is moved from one location to another or ownership changes, these blocks create a data chain. The blocks link securely together to prevent any blocks from being altered or a block from being introduced between two existing blocks, and the blocks certify the precise timing and order of transactions.

What skills do I need to begin a career in blockchain?

Since blockchain is not a straightforward idea, the following knowledge and abilities are of utmost importance for someone looking forward to becoming a part of the blockchain.

Although you don't have to be an expert in the skills mentioned above, it helps to comprehend them because many of the ideas they cover will be something you encounter when you learn about blockchain.

What are the vital skills required to begin a career in blockchain technology?

There are a few prerequisite skills and information that students need to possess to benefit the most from a blockchain training course. First, it's essential to have a fundamental understanding of computer science and some programming language skills. A solid background in mathematics is also helpful because cryptography is a key component of blockchain technology. Finally, since many blockchain applications involve financial transactions, it is also beneficial to have a fundamental understanding of economics.

Students will be able to get the most out of a blockchain training course and be well-prepared to apply this cutting-edge technology in their employment if they have these necessary abilities and knowledge.

How to become a blockchain developer?

The need for experts in this field will increase as blockchain technology use increases. The following are some of the top blockchain jobs right now −

The IBM Hyperledger Fabric and Ethereum blockchain technologies are two of the main ones. Because Quorum is an Ethereum derivative funded by JP Morgan Chase, skills like developing smart contracts can be applied to various blockchains.

If you want to get into the supply chain, logistics, or inventory management applications, Hyperledger is an excellent place to start. A sizable project, open-source technology, and a wealth of information are all characteristics of Hyperledger.

Ethereum is an excellent place to start if you're interested in finance, cryptocurrencies, smart contract development, or if you want to get a quick taste of blockchain. Many excellent Ethereum and Quorum materials are available, including developer tools and guides for creating smart contracts.