GWT requires JDK 1.6 or higher so the very first requirement is to have JDK installed in your machine.

Follow the given steps to setup your environment to start with GWT application development.

Let's verify the output for all the operating systems

If you do not have Java installed then you can install the Java Software Development Kit (SDK) from Oracle's Java site: Java SE Downloads. You will find instructions for installing JDK in downloaded files, follow the given instructions to install and configure the setup. Finally set PATH and JAVA_HOME environment variables to refer to the directory that contains java and javac, typically java_install_dir/bin and java_install_dir respectively.

Set the JAVA_HOME environment variable to point to the base directory location where Java is installed on your machine. For example

Alternatively, if you use an Integrated Development Environment (IDE) like Borland JBuilder, Eclipse, IntelliJ IDEA, or Sun ONE Studio, compile and run a simple program to confirm that the IDE knows where you installed Java, otherwise do proper setup as given document of the IDE.

All the examples in this tutorial have been written using Eclipse IDE. So I would suggest you should have latest version of Eclipse installed on your machine based on your operating system.

To install Eclipse IDE, download the latest Eclipse binaries from https://www.eclipse.org. Once you downloaded the installation, unpack the binary distribution into a convenient location. For example in C:\eclipse on windows, or /usr/local/eclipse on Linux/Unix and finally set PATH variable appropriately.

Eclipse can be started by executing the following commands on windows machine, or you can simply double click on eclipse.exe

Eclipse can be started by executing the following commands on Unix (Solaris, Linux, etc.) machine −

After a successful startup, if everything is fine then it should display following result − 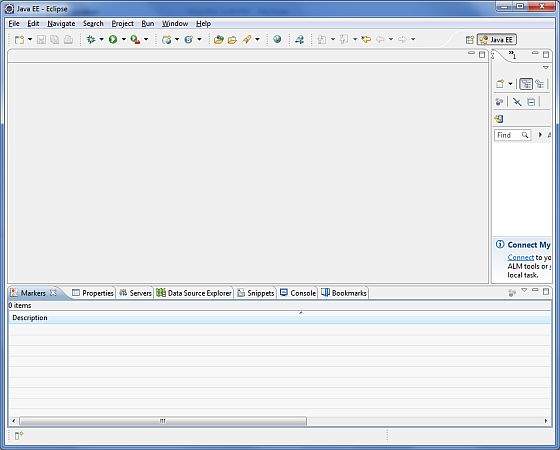 After a successful setup for the GWT plugin, if everything is fine then it should display following screen with Google icon marked with red rectangle as shown below − 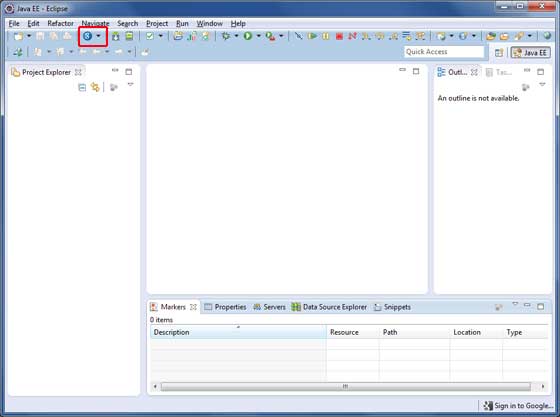 Tomcat can be started by executing the following commands on windows machine, or you can simply double click on startup.bat

After a successful startup, the default web applications included with Tomcat will be available by visiting http://localhost:8080/. If everything is fine then it should display following result − 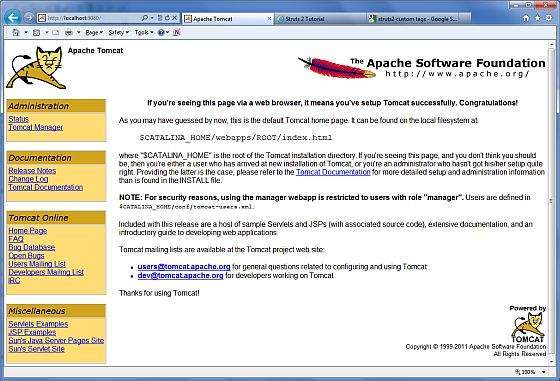 Further information about configuring and running Tomcat can be found in the documentation included here, as well as on the Tomcat web site − https://tomcat.apache.org/