Fencing - How to Play?

The offensive techniques used in this game are as follows −

It is a basic fencing technique and is also called as thrust where a fencer extends his arm to declare attack against the opposition and try to touch the other fencer in valid area. In case of sabre, attacks can be made with a cutting action.

It is the attack by the defender after the attacker has attacked and has been parried. After the parry, a defender has some opportunity to attack back and take right of the way.

It is solely meant for provoking a reaction from the opposing fencer.

In this type of attack, a player performs a thrust by slight kicking and extending the front leg. After that he can propel the body forward by back leg.

In this attack the attacker tries to gain the opportunity to hit the target area in case of foil and sabre. In case of epee, the attacker disturbs the intention of the other player and hits the target. 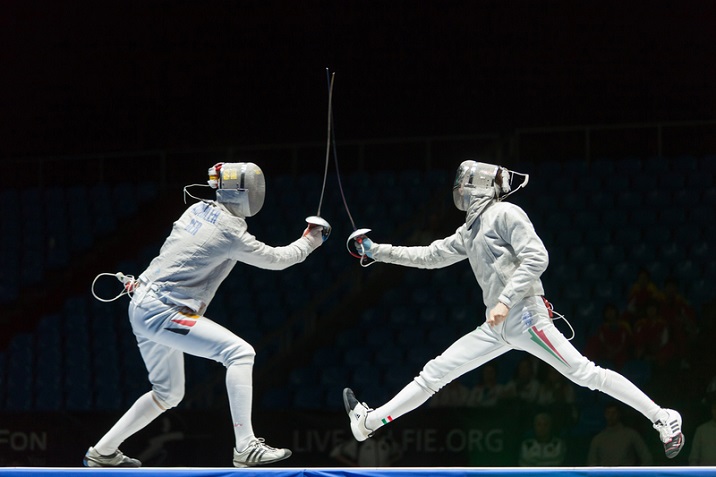 Disengage is an attacking technique where the attacker begins attacking from one direction and then suddenly moving the point down in a semicircle to attack from a different direction. It is effective in breaking the defence of the opponent and hitting the target.

It is a typical Epee action to make second attack after the first attack is parried, which is mostly achieved by attacking while changing the line of attack.

It is a typical foil/sabre technique in which the opponent is attacked after the first attack is parried by the opposing fencer. Mostly it is considered as losing right of way and riposte is always scored instead of remise.

This is a technique which is exclusively for foil fencing, where the attacker has to take advantage of the bending quality of the foil blade by whipping it in such a way that it bends over and strikes the opponent with its point.

The defensive techniques of Fencing are as follows −

It is a basic defence technique where the fencer has to block the opponent’s weapon while he is attacking or preparing to attack by deflecting the attacker’s blade to hit the valid area(Epee) or prevent him from scoring a right of way(sabre and foil). This is mostly followed by a riposte from the defender. 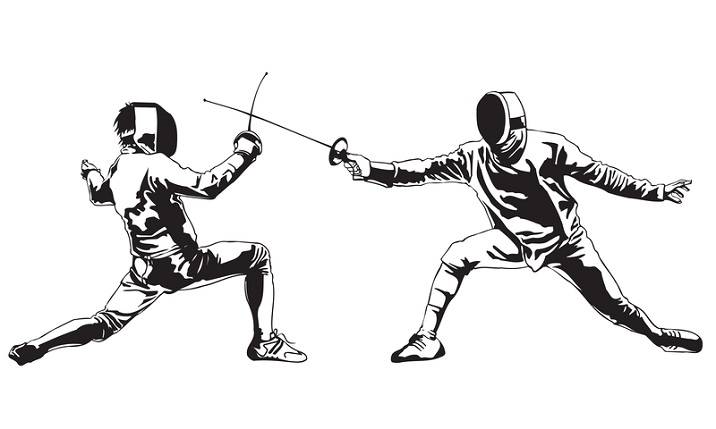 It is done by twisting the sword in a circular way in order to get a hold of the attacker’s weapon tip and mostly followed in order to deflect a disengage made by the attacker.

A basic fencing technique of attacking your attacker while generally moving back from the oppositions attack direction. It is mostly followed in Epee fencing and is scored against the opponent’s arm.

It is achieved by extending arm and weapon towards the attacker’s target area. In case of foil or sabre, it gives one priority if it is extended before the attacker advances lunges distance away. When meant for a defensive hit, the attacker must disturb the weapon to retake priority. If the attacker fails to disturb it, then it turns in to a counter attack if the attacker could not manage the right of way. In case of Epee as there is no right of way, the defence may score a double touch and earn one hit to each fencers.