Gabbana was born in Milan, Italy to a father who worked in the printing industry and a mother who ran a laundry service. His father and mother both hail from Cessalto, Veneto, where his mother was born. He received his degree from the Rome-based design school, Istituto Superiore for le Industrie Artistiche. 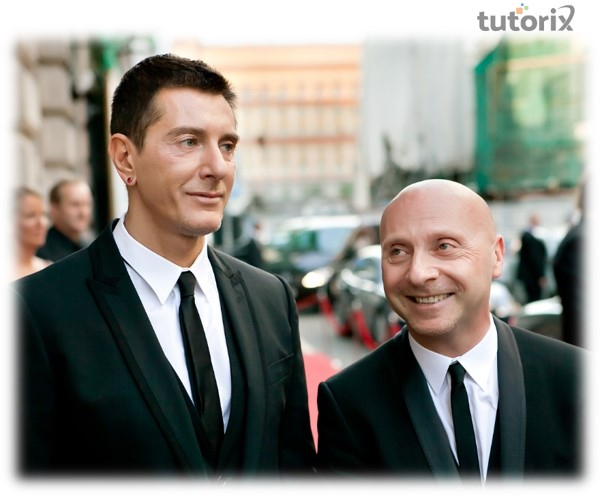 Through Dolce's boss, fashion designer Giorgio Correggiari, Gabbana first connected with Sicilian Domenico Dolce in 1980. According to Gabbana in 2013, Correggiari, who passed away in 2012, had a huge impact on the duo "He wasn't particularly well-known. However, he was significant to us. He specifically showed us what "not to do."

Gabbana and Dolce quit Correggiari in 1983 to start their own business, which they established two years later as Dolce & Gabbana S.p.A. (D&G).

At Milano Collezioni's Nuovi Talenti in October 1985, the Dolce & Gabbana brand debuted in a fashion presentation (New Talents). D&G had its own exhibition called "Real Women" in March 1986 and unveiled its debut collection. At 7, Via Santa Cecilia in Milan, the first D&G store debuted in 1987. Dolce's father, Saverio, who ran the manufacturing firm Dolce Saverio in Legnano, a town close to Milan, and D&G partnered in 1988.

D&G kept growing, staging its first fashion shows in Tokyo (April 1989) and New York (April 1990), and introducing fresh collection lines, such as its first lingerie and beachwear lines in July 1989 and its first menswear line in January 1990. D&G established its New York City showroom in November 1990 at 532 Broadway in Manhattan's SoHo neighborhood. In October 1992, Dolce & Gabbana Parfum, the company's first scent, was made available.

When Madonna picked D&G to create the costumes for her Girlie Show World Tour in 1993, the Italian designers gained international recognition. Since then, they have created clothing for celebrities including Kylie Minogue, Angelina Jolie, Monica Bellucci, and Isabella Rossellini.

For a very long time, Dolce and Gabbana were an open couple. They acquired many houses on the French Riviera after their fame, and they lived in a 19th-century villa in Milan. Even though they no longer work together at D&G, they had a long-term romance that ended in 2003. According to Forbes, with an estimated net worth of US\$1.56 billion as of March 2015, Gabbana ranked as the 28th richest person in Italy.

Domenico Dolce and Stefano Gabbana were both found guilty of tax evasion in 2013 and were given 20-month prison terms with a suspended sentence. A Luxembourg-based D&G subsidiary company called Gado generated millions of euros in revenue, which the two were found to have failed to disclose by an Italian court. They contested the allegations and filed an appeal; the appellate court exonerated them both in October 2014 after the appeal.

Singer-songwriter Elton John called for a boycott of the D&G brand in March 2015 after Dolce dubbed IVF kids "chemical children and synthetic children" in an interview. A verbal battle ensued, with Gabbana later branding John a "fascist" and urging a counter-boycott. Later on, he made it clear that his opinions on IVF were distinct from Dolce's. On CNN, he was questioned about whether or not he was in favor of IVF "Yes, I have nothing negative to say because freedom is what makes the world beautiful and we support gay couples. Our relationship is homosexual.” This is just my personal point of view expressed.

The racist remarks Gabbana made against China, including calling them "a country of shit" and "China's ignorant, disgusting, stinking mafia," were made public on Instagram on November 21, 2018. Due to the advertisements and his remarks, the Shanghai D&G Great Show 2018 was postponed. The account was hacked, according to Dolce & Gabbana, who also claimed to adore China and its culture. Dolce & Gabbana removed the Weibo apology video on December 1. 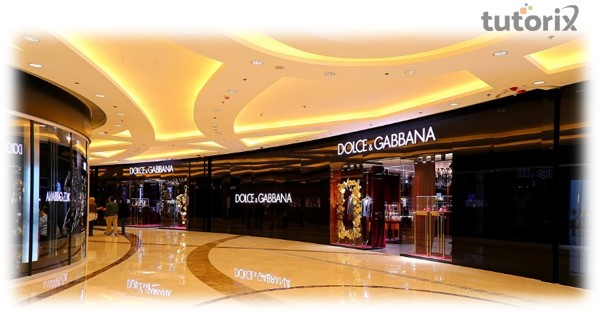 For their contributions to fashion and culture, Dolce & Gabbana have won countless awards. In 1991, they received their first fashion honor, the International Woolmark Prize. Their Dolce & Gabbana Parfum was recognized as the year's best fragrance in 1993.

They received the Ambrogino Gold medal from the City of Milan in 2009, and in 2014, after a council member referred to them as tax evaders, they declared plans to return it. At its third awards event, held at the Museum of the Moving Image in New York City in 2014, the Fondazione NY, a nonprofit organization dedicated to fostering the careers of young Italian and American artists, honored Gabbana, Dolce, and Luhrmann. During the occasion, Gabbana stated, "We live with movies—our inspiration is movies constantly, and we make our collection like a movie."

Scatter My Ashes at Bergdorf's, a 2013 fashion industry documentary, features Gabbana. A presenter at the MTV Europe Music Awards in 2002, he also made a brief cameo appearance in Woody Allen's 2012 film To Rome with Love. The Star Maker (L'Uomo delle stelle in Italian), directed by Giuseppe Tornatore, also stars Gabbana.

Domenico Dolce and Stefano Gabbana emerged from obscurity to forge a relationship that would propel them to the top of the fashion world as two of the most well-known designers. Both men and women, including Tom Cruise and Madonna, have worn their clothing. People compete to wear their apparel to occasions where the public is present and enjoy the attention such clothing brings.