Logical AND and OR in Arduino

Where expression1 and expression2 evaluate to Boolean values (true or false). The output of these statements is determined by the truth tables of logical AND and OR.

The truth table for AND is given below −

As you can see, both the expressions have to be true for the AND statement to output true.

The truth table for OR is given below −

As you can see, even if one of the expressions is true, the OR statement will output true.

The following example demonstrates the use of these operators −

The Serial Monitor output is − 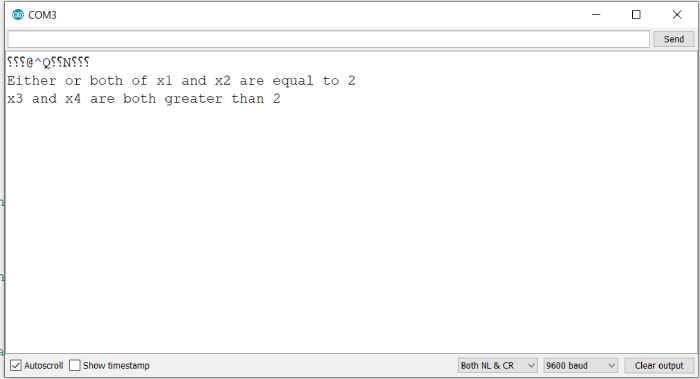