In this problem, there is a file with some texts. We have to create Word Clouds from those texts and one masking image. The program will store the word cloud image as png format.

To implement this problem, we need to use some libraries of python. The libraries are matplotlib, wordcloud, numpy, tkinter and PIL.

To install these libraries, we need to follow these commands −

After adding these libraries, we can write the python code to perform the task.

Python is a high-level, interpreted, interactive and object-oriented scripting language. Python is designed to be highly readable. It uses English keywords frequently where as other languages use punctuation, and it has fewer syntactical constructions than other languages.

Python was developed by Guido van Rossum in the late eighties and early nineties at the National Research Institute for Mathematics and Computer Science in the Netherlands.

Python is derived from many other languages, including ABC, Modula-3, C, C++, Algol-68, SmallTalk, and Unix shell and other scripting languages.

Python is now maintained by a core development team at the institute, although Guido van Rossum still holds a vital role in directing its progress.

Another input is the mask image (cloud.png). The final Result is on the right side. 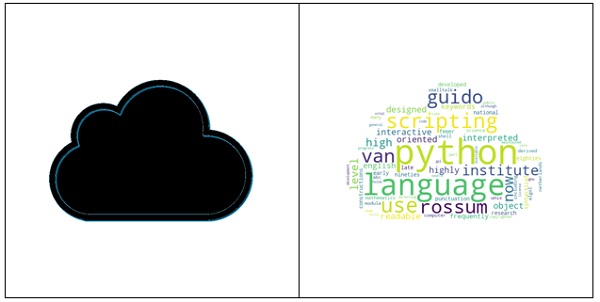 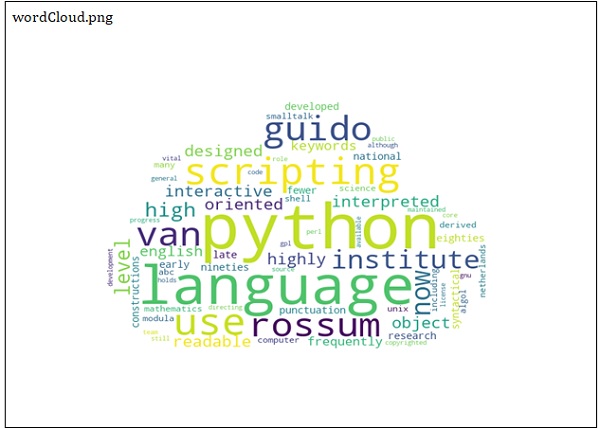