In this chapter, we will see what is Internet and Intranet, as well as discuss the similarities and differences between the two.

It is a worldwide/global system of interconnected computer networks. It uses the standard Internet Protocol (TCP/IP). Every computer in Internet is identified by a unique IP address. IP Address is a unique set of numbers (such as 110.22.33.114) which identifies a computer’s location.

A special computer DNS (Domain Name Server) is used to provide a name to the IP Address so that the user can locate a computer by a name. For example, a DNS server will resolve a name https://www.tutorialspoint.com to a particular IP address to uniquely identify the computer on which this website is hosted.

Internet is accessible to every user all over the world.

Intranet is the system in which multiple PCs are connected to each other. PCs in intranet are not available to the world outside the intranet. Usually each organization has its own Intranet network and members/employees of that organization can access the computers in their intranet. 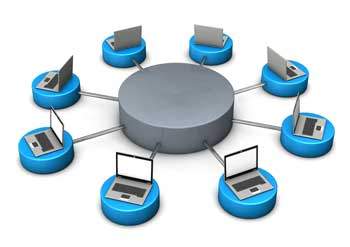 Each computer in Intranet is also identified by an IP Address which is unique among the computers in that Intranet.

Similarities between Internet and Intranet

Differences between Internet and Intranet