The DSM−V, the standard reference for diagnosing mental health conditions, includes chemical psychotic illness among its entries. Similar to other psychotic disorders, cocaine may be a cause of this disease. Cocaine usage may result in psychotic symptoms after simply one use, while chronic users are at greater risk. 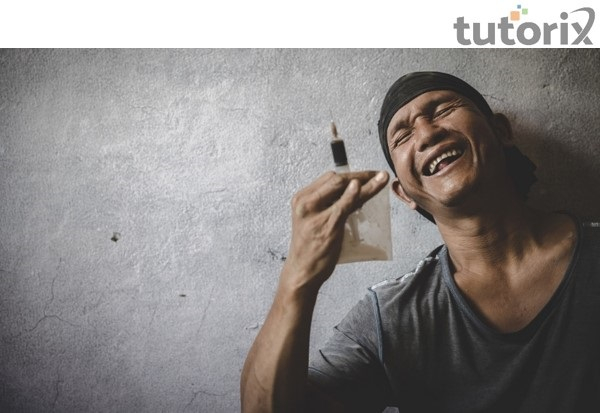 What is Cocaine-Induced Psychosis?

Psychotic symptoms, such as hallucinations, illusions, disorganized thinking, and strange behavioral and emotional reactions, may occur during a psychotic drug episode. This kind of delusion might be an isolated event, or it can develop into a chronic problem that persists over time and needs medical intervention.

What are the Symptoms of Cocaine-Induced Psychosis?

Psychosis is not a medical diagnosis but rather a collection of symptoms brought on by other mental health issues. Chemical psychosis occurs when a substance such as cocaine leads to hallucinations. Dementia, bipolar disorder, and even depression are all possible underlying causes. Psychotic symptoms may also be brought on by some medical diseases and accidents, such as brain damage or seizure disorders. It is important to remember that there are several sorts of psychotic symptoms, but they all have a common trait: a disconnection from reality. A person having a psychotic period has difficulty telling what is genuine and what is not.

Delusions − It is an illusion if you believe that. The individual experiencing psychosis will continue to hold on to the illusion despite being shown evidence to the contrary. Paranoid hallucinations, hostile delusions, passionate delusional beliefs, grandiose delusional beliefs, and schizophrenic delusions are all possible.

Disorganized Thinking − Confused and disorganized ideas that rush and get jumbled are common symptoms of psychosis. This is generally communicated via rapid, illogical language easily misunderstood by others.

Emotional − Changes in feelings and emotions, behaviors, and feelings that others see as unusual may potentially be symptoms of psychosis. A person's effect might become bland, or they could react forcefully. There is a chance that people's behavior may become unpredictable and perhaps aggressive.

What are the Causes of Cocaine-Induced Psychosis?

Cocaine use is associated with several known danger signs and symptoms. Coke abuse or any history of cocaine usage increases the risk of these, which may lead to psychosis − 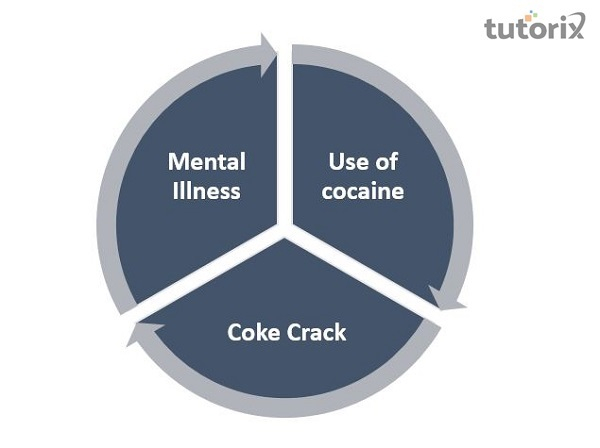 What is the Treatment of Cocaine-Induced Psychosis?

The therapy for cocaine-induced psychosis often consists of rest and stabilization alone. Normal functioning is usually restored after the effects of the medicine wear off. People may need fundamental care, like monitoring their vital signs and hydration, throughout stabilization. However, psychiatric stabilization can be necessary as well. Inpatient treatment may include antipsychotic or benzodiazepine medication to alleviate anxiety symptoms or a brief stay in a mental health facility. After early stabilization, many persons in this circumstance continue to need care and assistance from trained professionals. They may gain from both mental health and addiction therapy, so it is important to test for both. Without addressing the underlying causes, stability till the psychotic symptoms pass is unlikely to be enough to prevent continued drug abuse and future episodes of psychosis.

If psychosis continues after treatment for the underlying mental illness, the patient may need a lengthier course of antipsychotic medication. Drugs of this sort have been shown to alleviate psychotic symptoms. Additionally, therapy is beneficial because it teaches individuals how to recognize their symptoms, what sets off their episodes, and make the necessary adjustments to their lives to become healthier and more functioning. Substance abuse has to be addressed and managed as well. Failure to treat even a modest drug use problem may result in relapse, which can, in turn, reactivate psychosis and other symptoms of mental illness. A stay in a treatment center benefits an individual with many psychiatric and addiction concerns. Because of this, the patient may get help around the clock from trained professionals in a setting where he or she feels comfortable and can concentrate on healing. Anybody experiencing cocaine-induced psychosis which is prepared to take the necessary measures to detox and seek therapy has a fair chance of recovering. Cocaine psychosis sufferers may find relief from their symptoms and resume leading fulfilling lives when they get treatment for both their mental health issues and their drug abuse.

Psychosis from cocaine usage does not always indicate a cocaine use problem, although it is a strong indicator. Coke abuse is associated with an increased risk of psychotic episodes and addiction on a greater, more frequent, and longer−term basis. Therefore, it stands to reason that cocaine-induced psychosis often occurs with a cocaine use problem. Cocaine abuse and cocaine−induced psychosis are not the only possible outcomes of a stimulant use disorder. Cocaine abuse is widespread among patients with a schizophrenia diagnosis, accounting for 50% of all drug abuse cases. Those genetically prone to developing schizophrenia may experience a precipitating event in the form of the first indications of the psychotic disorder after using cocaine. The use of cocaine has also been linked to an increase in schizophrenia's negative symptoms.