A multimodal biometric system increases the scope and variety of input information the system takes from the users for authentication.

Why Multimodal Biometrics is Required?

The unimodal systems have to deal with various challenges such as lack of secrecy, non-universality of samples, extent of user’s comfort and freedom while dealing with the system, spoofing attacks on stored data, etc.

Some of these challenges can be addressed by employing a multimodal biometric system.

There are several more reasons for its requirement, such as −

In addition, it has a fusion technique to integrate the information from two different authentication systems. The fusion can be done at any of the following levels − 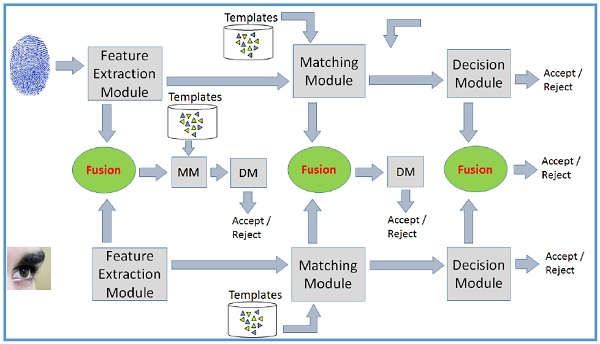 Within a multimodal biometric system, there can be variety in number of traits and components. They can be as follows −

These traits are then operated upon to confirm user’s identity.