The venue ground is typically oval shaped with grass surface. The dimensions of the field are typically 135 to 185 metres long between goal post to goal post and 110 to 155 metres wide between wings. Grounds may vary from being long and narrow to almost circular depending upon where it is constructed. Two goal posts are there at each end of the ground. There are four goal posts at each end out of which two are tall posts and two are short. The short posts are placed behind the taller posts. If the ball is reaches the taller posts then six points are scored whereas in case of short posts, one point is scored. 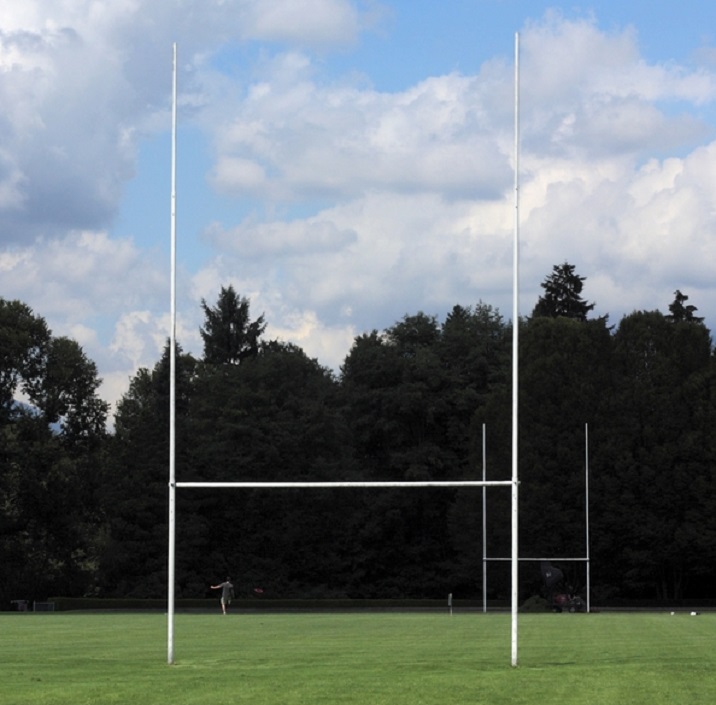