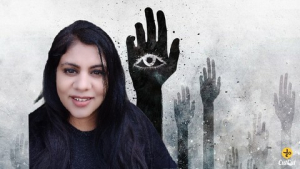 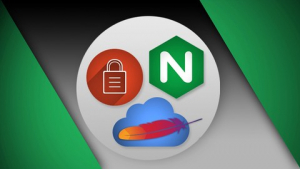 One of the main highlight of the Apache Storm is that it is a fault-tolerant, fast with no “Single Point of Failure” (SPOF) distributed application. We can install Apache Storm in as many systems as needed to increase the capacity of the application.

Let’s have a look at how the Apache Storm cluster is designed and its internal architecture. The following diagram depicts the cluster design. 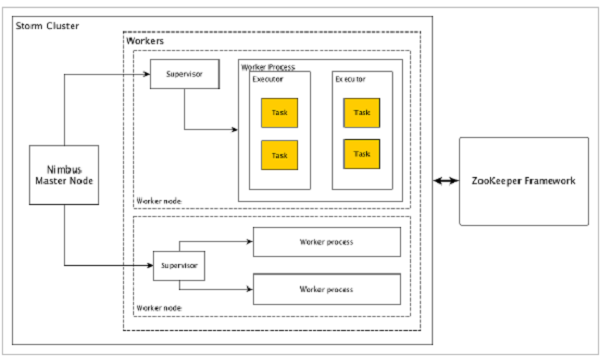 Apache Storm has two type of nodes, Nimbus (master node) and Supervisor (worker node). Nimbus is the central component of Apache Storm. The main job of Nimbus is to run the Storm topology. Nimbus analyzes the topology and gathers the task to be executed. Then, it will distributes the task to an available supervisor.

Storm is stateless in nature. Even though stateless nature has its own disadvantages, it actually helps Storm to process real-time data in the best possible and quickest way.

Storm is not entirely stateless though. It stores its state in Apache ZooKeeper. Since the state is available in Apache ZooKeeper, a failed nimbus can be restarted and made to work from where it left. Usually, service monitoring tools like monit will monitor Nimbus and restart it if there is any failure.

Apache Storm also have an advanced topology called Trident Topology with state maintenance and it also provides a high-level API like Pig. We will discuss all these features in the coming chapters.