Anger, in simple words, is one's reaction to feeling threatened. It starts from discomfort and leads to irritation, and at times it aggravates to violent rage. Anger is often mistaken for aggression. Terms such as hostility, aggression, and mood swing are used almost as a substitute for Anger, however there is a thin line of difference between them.

Rohan lives in an apartment. He wakes up one morning and finds someone has moved his bike from its parking spot without his consent. He first experiences a discomfort at someone having encroached the private space of his property. Slowly but surely, anger starts to brew. "Oh, sure! Go on − treat me like a worthless guy! Why even bother asking me for anything!" A hostile mental environment forms due to this interpretation of the situation.

While he was still talking to himself in anger, suddenly his son appears and asks him to help fix the fan. Already disturbed with his internal conflicts, Rohan yells out, reducing his son to tears. This venting out might have calmed Rohan temporarily, but the guilt and shame inside him for having hurt his son makes him grumpy and disagreeable for the rest of the morning. At work, the colleagues will notice and whisper among themselves − “Rohan is in a bad mood today.”

Recall an incident in your life where you had gotten angry and had become violent. It is best if the incident happened recently.

Step 1 − Maintain silence and close your eyes before you recall the incident. Take 10 minutes for this.

Step 2 − Fill in the Guide Form given below.

There are many widespread beliefs and myths regarding anger. Let’s deconstruct these myths and know what the facts are.

Myth 1 − Venting my anger out relaxes me. Holding it in isn't healthy.

Fact − There is a saying that holding on to anger is like holding on to red-hot coals in your palms. Anger should be drained out, but not by being aggressive. That will only lead to further confrontations.

Myth 2 − My aggressive behavior gets me attention, respect, and obedience.

Fact − Power to influence comes from understanding someone and not by intimidating him. You may bully people into submission, but they won’t respect you and will eventually desert you if you can't tolerate opposing viewpoints.

Myth 3 − I cannot control my anger.

Fact − Just like any other emotion, anger also is a result of the situation you are in. Analyzing the situation from multiple possible viewpoints avoids misjudgment and prevents anger.

Myth 4 − Anger management is about learning to suppress your anger.

Fact − Anger should neither be suppressed nor vented out, rather it should be expressed in a non-violent manner and in constructive ways. This is what Anger Management teaches people to do.

Chronic Anger can have many short-term and long-term ill-effects on your health, social life, and personal life too. In addition to losing friends and breaking relationships with every passing day, anger also results in a general feeling of mistrust and loss of peace.

Prolonged periods of angry behavior exerts tremendous stress on us, thereby sparing less time for the body to relax. That results in health-related issues like high blood pressure, diabetes, and insomnia.

Anger makes our judgment hazy and leads to misrepresentation of facts. It also results in repeated analyzing of the event. This drains a lot of mental energy, thereby leading to depression and hypertension, among other problems.

People who cannot accept constructive criticism, and cannot handle creative differences or opposite opinions end up expressing their discomfort aggressively, which results in colleagues and friends deserting them.

Intense anger prevents people from socializing with you or feeling comfortable around you. Explosive display of anger also scars children's psyche for life.

External factors such as personal issues with others, debts, frustration, unfavorable situations or lack of time for self and family leads to negative thoughts. The Mental Symptoms of Anger are −

At the same time, our body also starts responding uncontrollably to these situations by exhibiting the Physical Symptoms of Anger such as −

But the worst way to deal with anger is to do nothing, i.e., bottle it up. This suppressing of anger leads to getting drunk frequently, excessive smoking, and even taking drugs. In extreme cases, people also hurt themselves.

In situations like these, the most important thing to tell yourself is that people, situations, or the surroundings do not make you angry. It is the way we react to them that makes us angry.

In short, anybody or anything that angers you − controls you.

Imagine a scenario that makes you uncomfortable and angry. Notice the changes that are occurring in your body, mind, thoughts, and behavior respectively. Now fill in the following table.

Many think that anger is an emotion that just starts on its own and before they realize, it spirals out of control. On the contrary, anger is a defensive mechanism. It is invoked when we feel insecure so that it gets the body ready for the "Fight or Flight" mode of survival. Paying attention to the changes anger brings in our body can give us a hint of approaching anger.

Analysis of negative emotions include identifying thinking patterns that trigger and fuel anger. These include the following −

Any episode of anger display starts from scratch and builds up, either steadily or rapidly through three stages. Here we will discuss these stages along with the actions associated with them.

Every individual has his personal intensity, frequency, and duration of anger in the Aggression Cycle. For example, one person may get angry in just a few minutes. Another person’s anger may escalate slowly over a long duration before hitting the Expression Stage.

The Aim of Anger Management is to prevent people from reaching the Expression Stage. With the help of effective techniques and practices, anger can be identified and controlled before it reaches the Escalation Stage.

Example of the A-B-C-D Model

You’re walking down the stairs and somebody collides with you and takes off without apologizing.

You think, “Everybody is so reckless nowadays; they treat others like pests.”

You notice that your muscles are tense, your heart rate is high, and you feel like you want to hit the steering wheel. You roll down your window and yell an expletive out at the other driver.

You could say to yourself − “Maybe he had some emergency… probably not, but you never know; this is life.”

Disputing your irrational belief with this kind of rational self-talk diffuses anger and calms you down.

Anger can always be kept under control; at least one can mitigate its severity by applying the following methods −

Try to understand the feelings under your anger

Anger often covers up other feelings such as embarrassment, insecurity, shame or guilt. In order to control your anger, you need to realize what your real feelings are.

Anger fuels the “fight or flight” defense mechanism of the body. Even if you might feel that you just get angry without warning, your body starts sending you physical signals much before that. 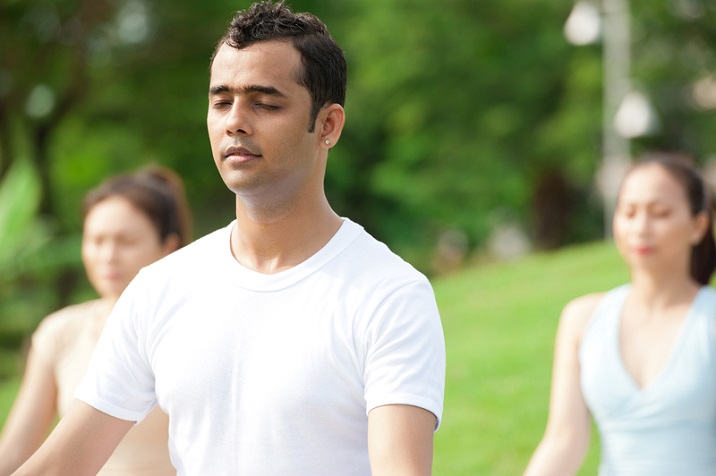 Learn ways to cool down

You can deal with your anger quicker if you know how to recognize the cues, before it gets out of control.

Quick tips for cooling down

If channeled properly, anger can be a great motivating tool. A lot of athletes have used anger to perform excellently.

Giving yourself a moment to think about the situation.

Here are a few tips that you can apply to improve your communication skills.

Sometimes people hold extremely negative views about themselves that they arrive at on their own or have been drilled into them, for example − "I’m not very smart.", or "I’m dull at studies."

You need to remind yourself that everyone has lived through unhappy times in their past. It’s best to let go of any negative self-critical analyses.

Here are a few time-tested tips of anger management −

Recall a situation that made you angry, and another one that caused you to turn violent in anger. Now compare both the situations and fill in the form.