Ancient Technology you never heard of!

We live in a new world where our lives largely depend on technology. Technology is all pervasive and seeps into each and every part of our personal and professional life. And here, I bring to you a list of items, which would both surprise you and ignite a newfound appreciation for technology of a bygone era

We still cannot measure earthquakes accurately, but you will be surprised that Zhang (‘Chang’) Heng, a Chinese astronomer, engineer, mathematician, and inventor invented the first seismoscope in 132 AD. The device was noticeably precise in detecting earthquakes. Secondly, this device was capable to measure the shocking waves from a distance.

The instrument, made up of bronze vessel was huge in size measuring about 6 meter in diameter. Eight face down dragons were attached with the barrel (as you can see in the image given below), noting the primary compass direction. There was a small ball in each dragon’s mouth, which were fixed in such a way that they used to give rough indication of the earthquake’s origin and direction.

The Baghdad Battery, also popular as the Parthian Battery came in attention in 1938 when Wilhelm Konig, an assistant at the National Museum of Iraq, found it in the museum’s collections. He described the possibility that these were used for the electroplating gold onto silver objects. This battery (as shown in the following image) consists of terracotta jars measuring about 130 mm (5 inches) in length with varying width. Its cylinder was made up of a typical rolled-up copper sheet, which had a single iron rod. At the top, the iron rod is separated from the copper by the bitumen plugs or stoppers. Both the rod and the cylinder fit tightly inside the opening of the jar and its bulges outward towards the middle. Of course, not all scientists believe that the battery could be used for electroplating purposes, but a few others have been able to make it work as well 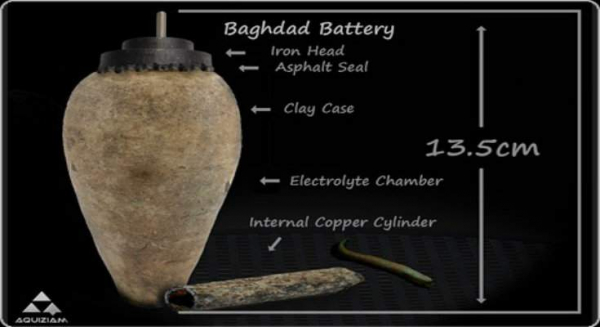 It is an incredible mechanical device that is considered by some as the World’s first analogue computer. The device was found in 1901, off coast of the Greek island of Antikythera. It is calculated that this device is about 2,000 years old. The device was enclosed in a wooden box measuring about 30 centimeters (length) by 20 centimeters (width). It consists of more than 30 bronze gearwheels clad with Greek inscriptions. In the front there is a large circular dial with two concentric scales. The names of the months is inscribed and divided into 365 days. Another feature of this wheel is divided into 360 degrees, which is marked with the 12 signs of the zodiac. This cerebrally designed ancient celestial computer, which was driven by gears, was featured to carry out the calculations to precisely predict heavenly events including solar eclipses. 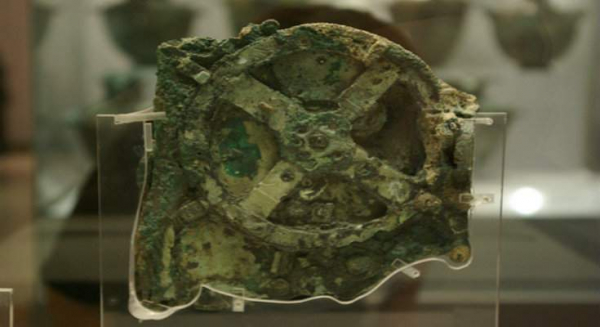 Archeologists found rings on the stones on the sites of the Mohenjo Daro and Harappan civilizations’ (as you can see in the following image). These rings were made on the stone with many purposes; however, the most significant one was – these rings were used to track the path of the Sun through year, which gives the great evidence of ancient astronomy. 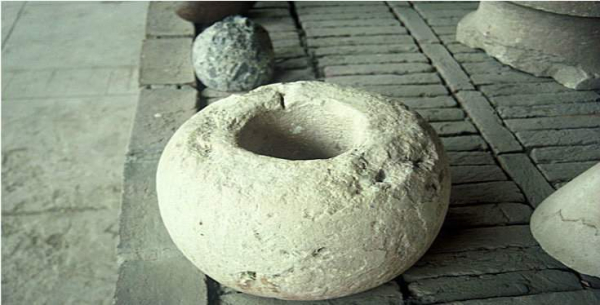 It was designed about two thousand years ago from now. The mastermind behind this was – these sails could convert wind power from any direction into forward thrust. As sail can either be pulled or pushed by the wind force, but it perceived that the pull was stronger than the push. However, at that time, the pulling force was not understood, but later the pulling force was defined as “LIFT” a force created by fluid flow over a curved surface. 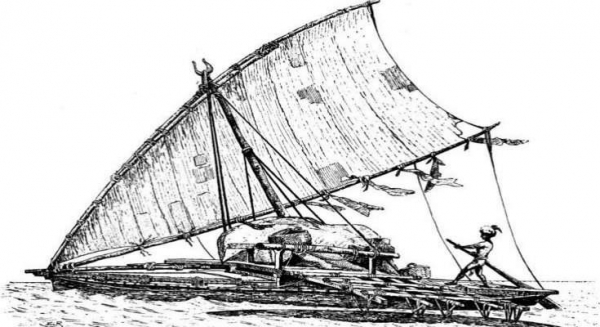 The triangular sail was also popular as the ‘lateen sail,’ which had been used in Arab ships sailing from Morocco to Indian sub-continent through the Persian Gulf.

The Roman’s Goblet also popular as ‘Lycurgus Cup,’ (as image of king Lycurgus of Thrace has been shown on it) is 4th century mystery. The reason was – this 1,600 years old Roman chalice changes colors as the direction of falling light changes (you can see in the image given below). The goblet was treasured in British Museum where in early 1990s, researchers discovered the mystery of changing color. A team of researchers examined the broken fragments through a microscope and observed that it is a perfect model of nanotechnology. 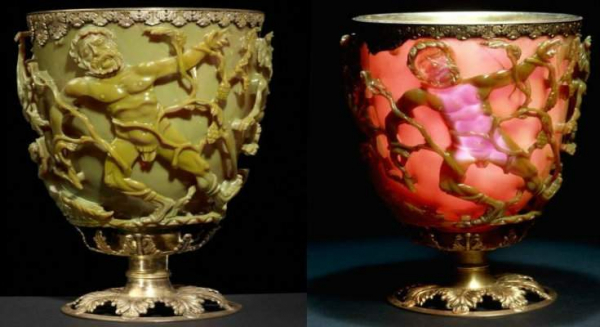 Specially to give dichroic effect (splitting light into two colors) on the chalice, Roman artisans had broken the particles of gold and silver to 50 nanometers in diameter, which is less than even one-thousandth the size of a grain of table salt. After disintegrating into minute particles, they coated these nanoparticles within the glass in such a way that when light falls on it, electrons of the metal flecks vibrate and change the color (as the angle of light changes).

Also known as ambu-yantra of Varahmihira had been popularly used for the measuring time. It was commonly used instrument inside the temples of Lord Shiva. As shown in the following picture, it was manufactured of copper vessel, which were shaped as hemispherical jar. A hole had been pierced at the bottom and it was used to fill with pure water. The hole is pierced in such a way that the vessel may have sixty immersions. It is the time in which sixty slokas (verses) – each composed of sixty long syllables can be recited. 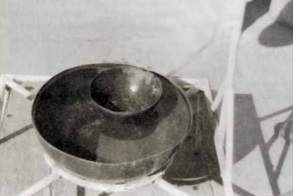 Another type of Ghati Yantra, which was used for the time measurement was also made on similar concept. It was a bowl, which has a whole in the center. This bowl used to keep in a larger pot filled with pure water; interestingly, this bowl used to sink into the water exactly after 24 minutes.