In today market, all smartphone device manufacturers provide a screen lock feature with device to stop unauthorized access. They facilitate users to either use a Pattern, PIN or Password to protect their device. If user frequently opens to use their device with number on functionalities, here’s an interesting alternative called Invisible Lock. If anybody getting tired of their lock screen, they can try Invisible Lock and change their default lock screen with a transparent one.

XDA Senior Member presented a very clear and easy to use application called Invisible Lock. This app facilitates to use a transparent lock screen, although phone appears exactly as if it was unlocked with blocked elements. 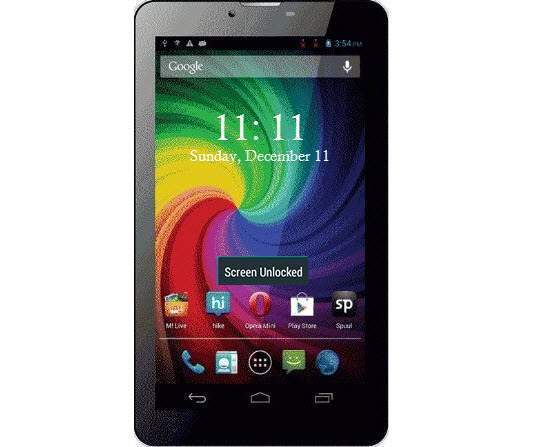 The thought behind this beautiful and small app was to create an alternative and originality lock screen solution. User can unlock their phone app through the use of one of four swipe gestures: Swipe Right, Swipe Left, Swipe Up, and Swipe Down. App’s setting defines the screen unlocked method by a gesture. Also, screen gets automatically unlock during incoming calls. Just condition is to disable the system lock screen that can be done in Settings > Security.

Its work is same like its name – “Invisible Lock” is a transparent lock screen app that produces a fantasy of an unlocked phone while it is locked. User can see widgets and clock openly from the lock screen (as seen in image), but all fundamentals are blocked from use till user uses the right gesture. It sounds a bit risky, but works as intended.

To use Invisible Lock, firstly disable the default system lock or any other lock app used by the system. Invisible Lock comes with some drawbacks – user cannot access their camera from the new lock screen, and cannot creates custom unlock gestures. 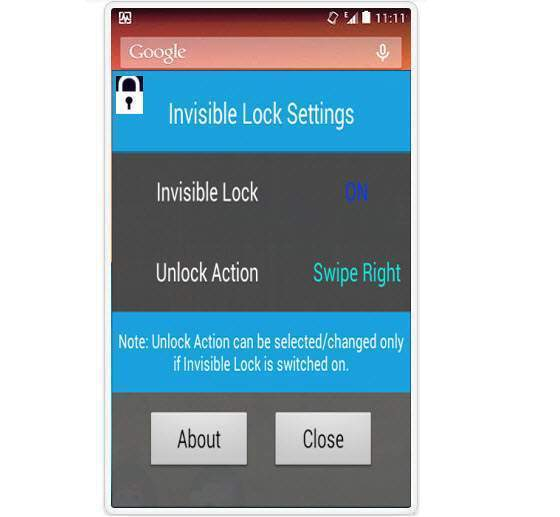 There are certain things to be noted using this version – User cannot set the custom gestures. Although, it’s initial version, poor in respect of security. Though this app blocks access to the screen, Notification Bar and hardware buttons on the device are still accessible (for example, user can adjust the volume through the volume rocker).