Amazing images that capture you

Many times a day we see images around us, but not all lure our attention towards them. But some do, they entice us, they teach us something new, they change our perspective and they draw us into a new world of beauty. We have a set of images here, that take you on a new journey, and make you see things that aren’t visible, things that you never knew existed, and things that one would have assumed impossible to create. 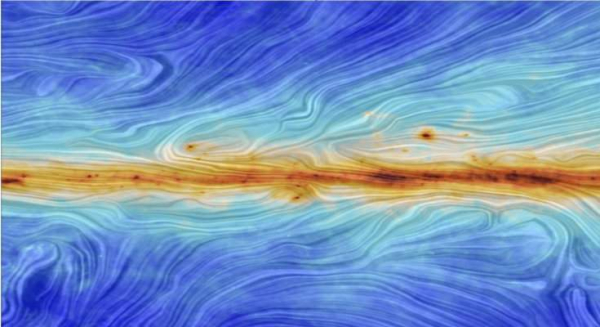 Galaxy’s Magnetic Field − When you see it the first time, it makes no sense at all. This iconic image is captured by the Planck spacecraft, and is amongst the first that reveal the shape of the magnetic field of the Milky Way. The colors shown in this image illustrate varying temperatures. The dark red reflects the hottest and dark blue symbolizes the coldest regions respectively. The relief lines show the shape of the cosmic magnetic field; it envelops our galaxy and protects our planets from some of the high energy particles rocketing around our galaxy. 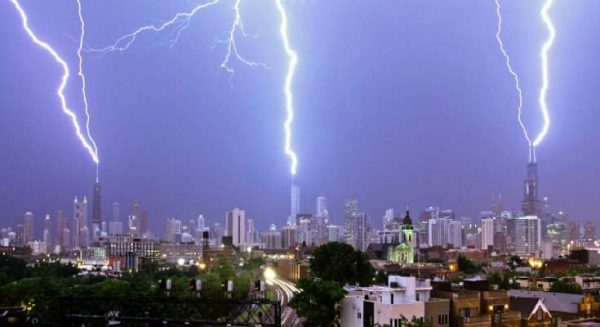 Triple Lightning Strikes 3 of Chicago’s Tallest Buildings At Once − If ever there was an image that could be called perfectly timed, it has to be this. On the night of June 30th 2015, the photographer Craig Shimala was filming a time-lapse of a Derecho thunderstorm in Chicago when he accidently shot the triple lightning strike touching down on three of the city’s tallest buildings namely Trump Tower, Willis Tower, and the John Hancock all at once. 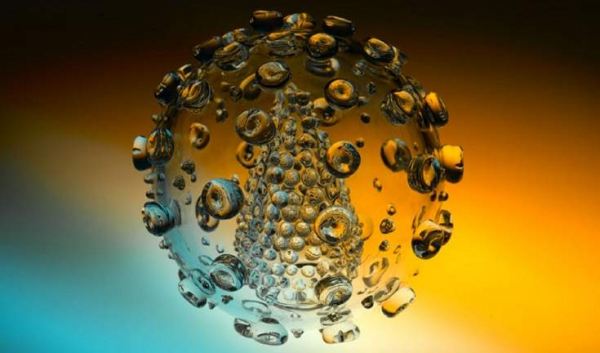 Glass Viruses − Viruses are typically illustrated as ugly, scary, almost weapon-like blobs, but Luke Jerram sees them entirely differently. Jerram has been creating spectacular glass sculptures of viruses and other pathogens , that are as peculiar as they are beautiful. Interestingly, Jerram chooses some of the most terrible and harmful subjects for his chilling portrayals which include HIV and Malaria viruses. 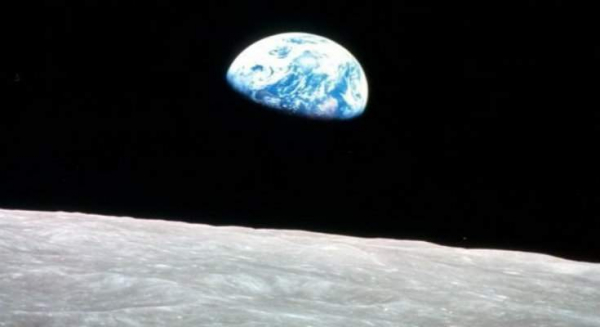 Earth from Moon − The iconic image is taken in the midst of the Apollo 8 mission. It was the first time humans left the Earth orbit, reached the Earth’s Moon, orbiting around it and then returned safely to Earth. William Anders hastily captured the image of this spectacular Earthrise.

Vacanti Mouse − The Vacanti Mouse was created at the University of Massachusetts in 1995 by Dr. Charles Vacanti. It was a laboratory mouse which had an amazing human ear grown on its back. The ear was creatively made by seeding cow cartilage cells into a decomposable ear-shaped mold. It was created with the purpose to make possible the transplantation of fabricated cartilage structures in the human body. 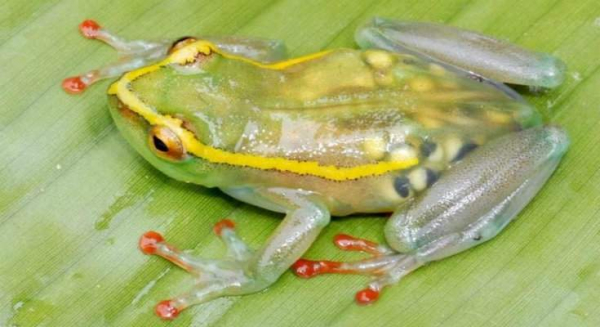 Glass Frog − While there is a growing debate about usefulness of frog dissection in biology classes across the world. Scientist have discovered (rediscovered more precisely) the glass frogs in Democratic Republic of Congo. These frogs are among the five lost amphibians (which can live in water as well as on land).

The biggest mystery is why these and other glass frogs allow us to see straight though them. 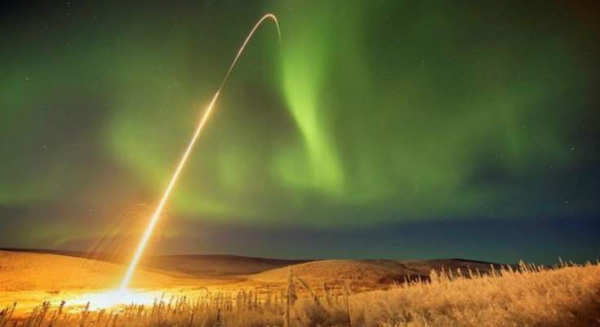 Aurora borealis − Also known as the Northern Lights, the aurora borealis lights up the Arctic night skies. It occurs because of the beams of charged particles outlining along the Earth’s magnetic field and entering the atmosphere. Interesting, when they collide with atmospheric gases i.e. oxygen and nitrogen, the gases glow as red, green, and blue as per the beam energy. The aurora is normally associated with huge amount of electric currents that flow undetectably in the upper layer of the atmosphere. The phenomena increases the temperature around the aurora. Because of the heating, the thin upper atmosphere expands; and, the expansion of the atmosphere affects the satellites. 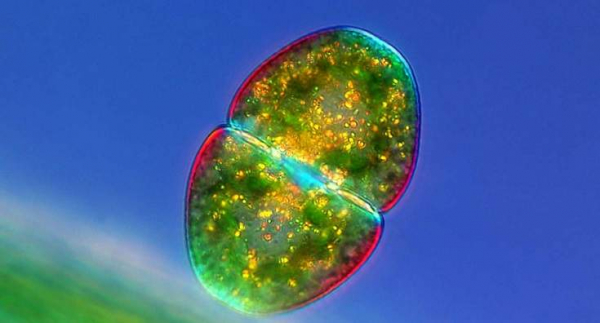 Algae − It is a single-celled species of algae near a leaf captured by Marek Mis. The tiny creature in the image is showing its light and color, the essences of life.

Saturn’s Tethys: The following incredible image shows Tethys captured alongside Saturn. In the shadow of Saturn, Tethys (one of the satellites of Saturn) seems much smaller. 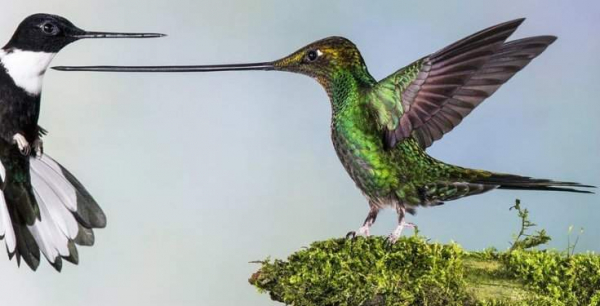 Hummingbird − The Ecuadorian bird is one of most amazing sword-billed hummingbirds. It is the only bird, with a bill is longer than its body (excluding the tail that is). Its 11 centimeter bill is naturally designed to reach nectar at the base of equally long tube-shaped flowers. 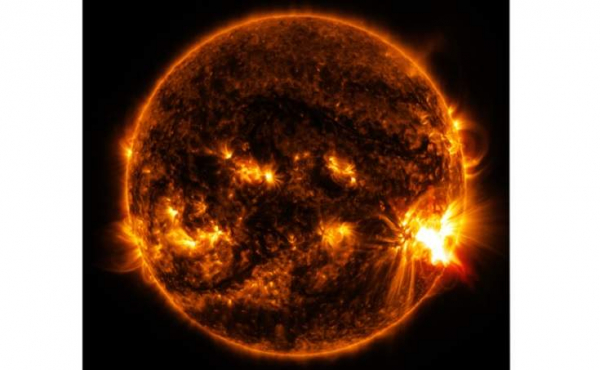 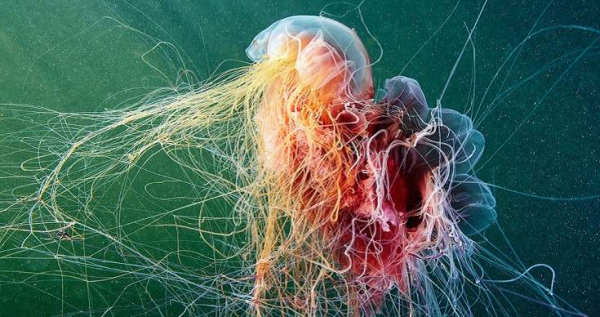 Jellyfish − The image is an amazing capture at the perfect time. It is difficult to recognize, but in the following image, one jellyfish eating other jellyfish.