The altitudes of these satellites range from 2,000 km to 35,000 km, i.e. above the low earth orbits and below the geosynchronous orbits. The orbital periods of MEOs range from 2 hours to more than 23 hours, depending upon their attitudes. 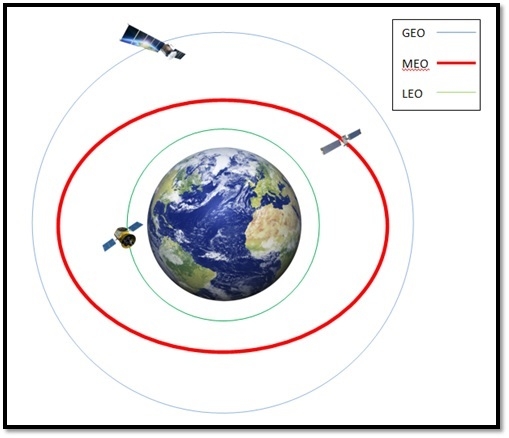 Types of MEOs according to orbits