A communication satellite is an artificial satellite that acts as a large repeater in the sky. It receives signals from the source transmitter, amplifies using transponders, and relays them to the receiver. Thus, it creates a communication channel between locations of the earth that would not have been able to communicate due to long distance or obstruction by earth’s curvature.

Communication satellites are broadly categorized into three types depending upon the orbit in which they are placed. 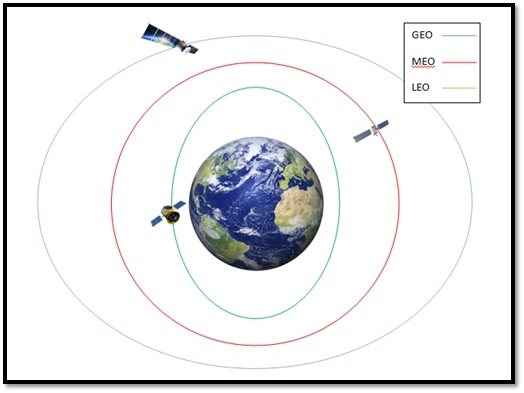