Where can we find Blue Whales?

The blue whale is known as the largest living marine mammal in the world. And also considered as even larger than most dinosaurs. A fully grown blue whale measure is about 100 ft. long and weigh more than 180 tons. 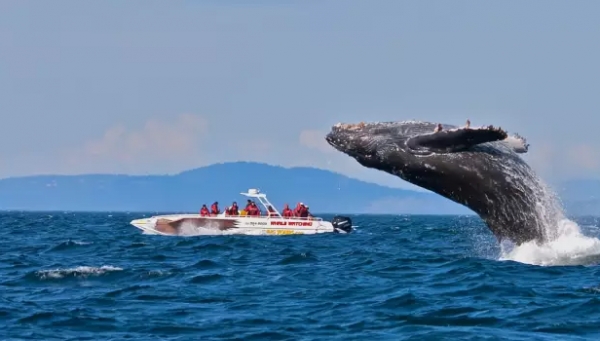 During their feeding season (summer) they can be seen in their migration towards areas such as the Farallon Islands, Channel Islands and Monterey Bay. While during mating season (winter) they migrate towards the warmer tropical parts of the world such as the Gulf of Mexico and Costa Rica, where they can be able to mate with other whales.