What is Wormhole Routing?

Wormhole routing is a unique case of virtual cut-through, where the buffers at the intermediate nodes are the size of a flit. The network latency is equal to in virtual cut-through and thus autonomous of the communication distance. 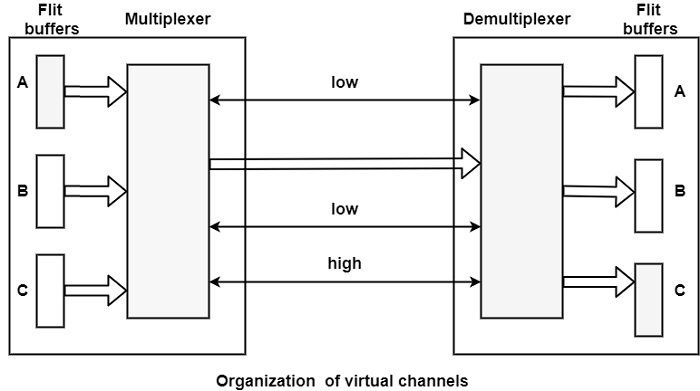 There is the following advantage of virtual channels are as follows −

The main advantage of virtual channels appears in avoiding deadlocks in routing networks. Deadlock is a situation in the structure when a subset of messages is commonly blocked for a free buffer to be launched by one of the other messages. Deadlock can generally appear in networks where cyclic dependencies can be formulated. There are several methods to avoid deadlock which are as follows −