What is the session layer?

The session layer supports establishing, controlling, and eliminating a session or dialogue between the two end frameworks. It generates the session, handles the packets sent back and forth during the session and removes the session. The dialogue type/session type is also defined through half-duplex or full-duplex.

The session layer also supports data synchronization and check pointing so that only the information transmitted after the point of failure should be retransmitted in the event of network failure.

This layer also governs the dialogue between the two processes by deciding who can send and who can get at what point during the transmission. 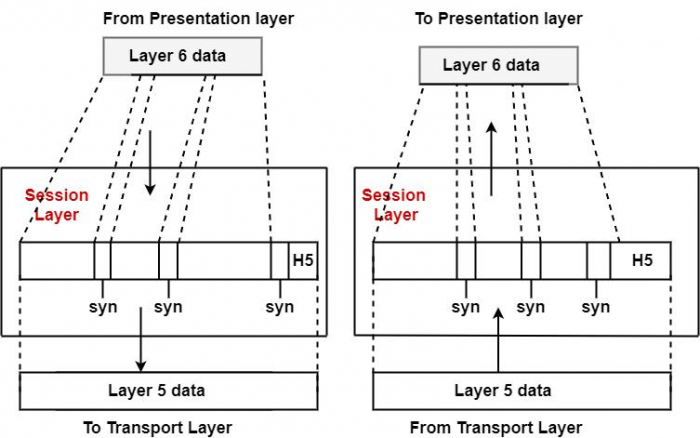 The functions of session layer are explained below −