What is the difference between Latch and Flip-Flops in computer architecture?

A latch is a device with particularly two stable states and these states are high-output and low-output. A latch has a feedback direction, to maintain the data. Latches can be memory devices and can save one bit of information. It is used to “latch onto” data and save it in the required area. One of the most generally used latches is the SR latch.

Flip flops are an application of logic gates. A flip-flop circuit can stay in a binary state continually (considering power is transferred to the circuit) before conducted by an input signal to switch states. S-R flip-flop represents SET-RESET flip-flops. The SET-RESET flip-flop includes two NOR gates and also two NAND gates. These flip-flops are also known as S-R Latch.

The SR flip-flop has two inputs such as the ‘Set’ input and a ‘Reset’ input. The two outputs of SR flip-flop are the main output Q and its complement Q.

The diagram shows the circuit diagram of an SR flip-flop. 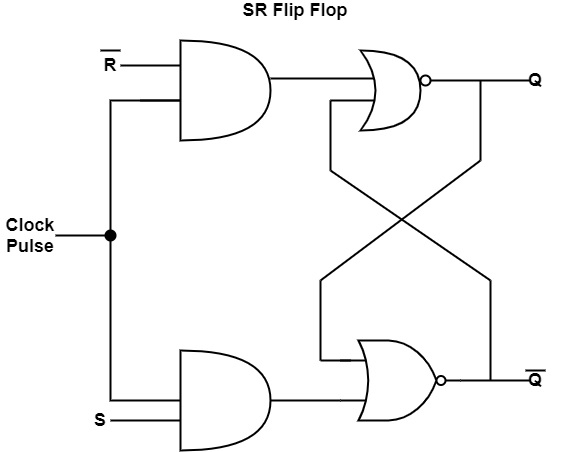 Let us see the comparison between Latch and Flip-Flops