What is the design space of Issue Policies?

Superscalar instruction issue is the most sensitive task of superscalar operation. The issue policy determines how dependencies are managed during the issue process. The issue rate defines the maximum number of instructions a superscalar processor can issue in each cycle.

The principle of eliminating false data dependencies between registered data by renaming is elementary. When encountering a WAW or WAR dependency, the processor renames the destination register creating the dependency.

Shelving or indirect issue − The third condition of issue policy concerns the use of shelving, an adequate technique to avoid issue blockages. The blocking issue is also called a direct issue. It is a rigid approach associated with dependencies. This scheme controls the decoded instructions to be issued for dependencies as displayed in the figure. When dependencies appear, the instruction issue is blocked. 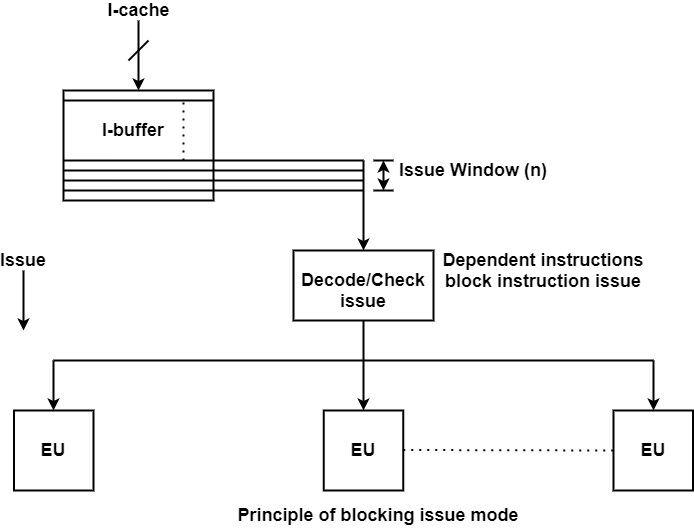 The shelved issue is also called an indirect issue. It decouples instructions issues and dependency checking. This technique assumes that special instruction buffers are generally defined as reservation stations, and are supported in front of the execution units. With shelving, instructions are issued first to the shelving buffers with basically no requirement for dependency checks as displayed in the figure. 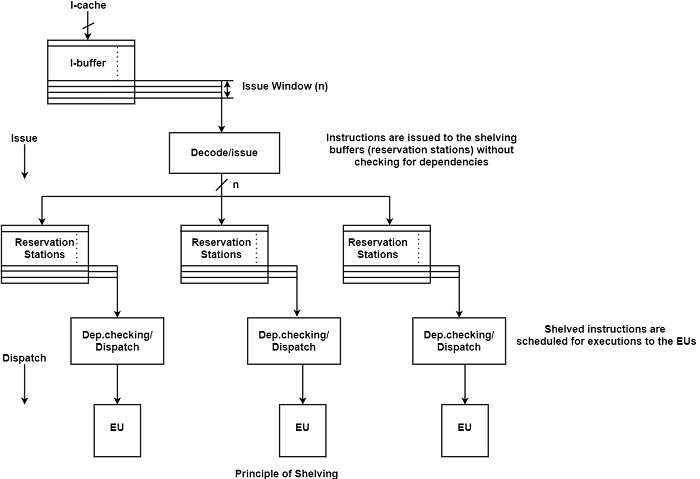 When shelving is used, no dependency checks are executed between the instructions in the issue window and those in execution. This type of dependency checking is delayed to the next step of processing known as dispatching.