What is Multistage Switching Network in Computer Architecture?

The basic element of a multistage network is a two-input, two-output interchange switch. As displayed in the figure, the 2 X 2 switch has two inputs labeled A and B, and two outputs labeled 0 and 1. 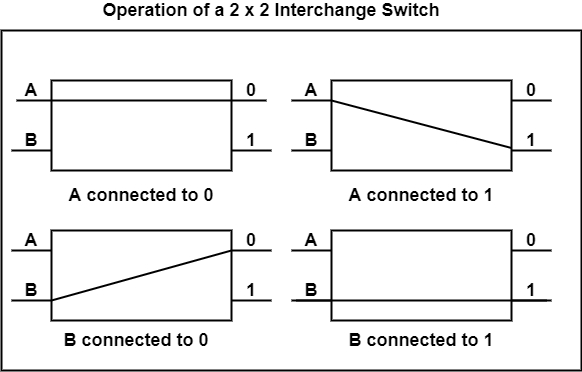 Consider the binary tree displayed in the figure to view how this is carried out. 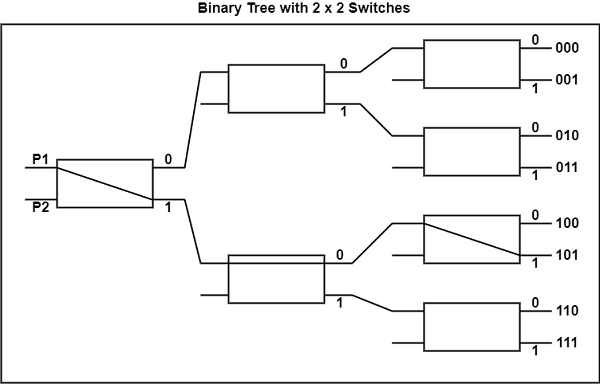 The two processors P1 and P2 are connected through switches to eight memory modules labeled in binary, starting from 000 through 111. The direction beginning from source to destination is decided from the binary bits of the destination number.