What is consensus protocol in Block Chain?

Consensus protocol is one of the most important aspects that makes the Block chain network a fool proof system. It is the revolutionary protocol that makes the Block chain network an irrefutable system where the majority of devices (nodes) connected to the network agree on each and every transaction. This prevents exploitation of the system as more than 51% consensus is required to create a new block. It is the core of the Block Chain which makes it certain that the information stored on the Block Chain is accurate and honest. 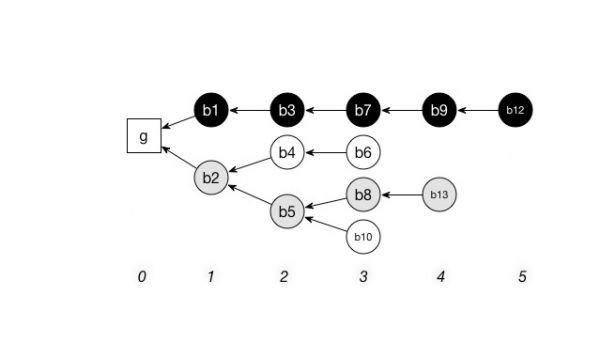 The very core of the Nakamoto’s Block chain consensus protocol is, they keep the nodes of the distributed, decentralized network in sync with each other. Because this is a digital ledger, anyone can submit their transactions. It is the very important to review those transactions to rule out the possibility of same bitcoin spent more than once.

What is Consensus Protocol?

We know that protocol is a set of rules which describe how the data should be communicated between the nodes. When it comes to Block Chain technology, the consensus protocol is defined with specific rules that, majority of nodes agree to the same state of Block Chain and keep together the self-auditing ecosystem of Block Chain network. Even in the event of some nodes failing away or becoming unreliable, there should be unanimous acceptance of the transactions between the nodes for a single data value.

Here are the advantages of having a Consensus Protocol:

Crypto currency is the digital currency which is based on trust less and distributed network. To protect the block chain against attacks, every crypto currency should have a way of securing its Block Chain. As there is no central authority to authenticate the verification of the Block chain, users will have a confusion as such which is the valid chain. The blocks which have more than 51% consensus are added to the longest block chain of the network. That makes it clear that the longest block chain is the most verified one which has passed through the Consensus Protocol.

One more attractive aspect of the Consensus protocol is, that the nodes which verify and add a block to Block chain will get the rewards and incentives. In case of Bitcoin, a miner (node) who verifies and adds the block to the block chain will get 12.5 Bitcoins as the reward. This is how most of the cryptocurrencies are mined. This is extremely lucrative for the miners who compete to confirm the next block using all their computational power.

This is how the difficulty of the hash puzzles is increased by the network and makes it difficult to double spend a crypto currency. The Consensus Protocols vary according to the Block Chain within which they are validating the blocks. To conclude we have to say, Consensus Protocols hold a key position in helping a Block Chain to exist and function.