What is an algorithm and flowchart in C language?

Algorithm is a step – by – step procedure which is helpful in solving a problem. If, it is written in English like sentences then, it is called as ‘PSEUDO CODE’.

Properties of an Algorithm

An algorithm must possess the following five properties −

Algorithm for finding the average of three numbers is as follows −

Diagrammatic representation of an algorithm is called flow chart.

Symbols used in flowchart are mentioned below − 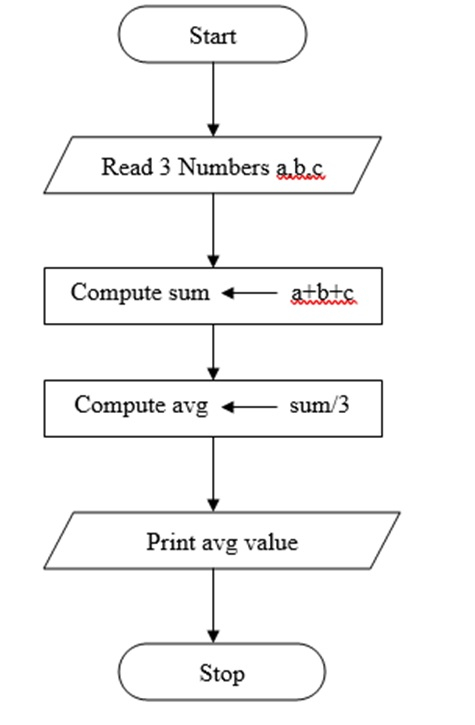