What are the operations of ILP-Processors?

In describing the principle of operation of pipelined processors, for simplicity, it can confine itself to a straightforward pipelined processor which executes integer, RISC-like, register-register instructions. Pipelines like these operate along the following lines − 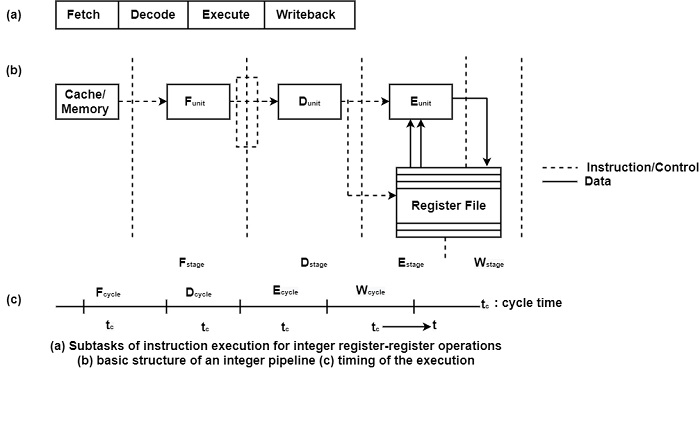 A significant feature of pipelined execution is that in each cycle a new instruction can enter the pipeline as shown in the figure. If an instruction has done the final phase of its execution, it removes. Thus, as many instructions can be implemented in parallel as there are pipeline stages. 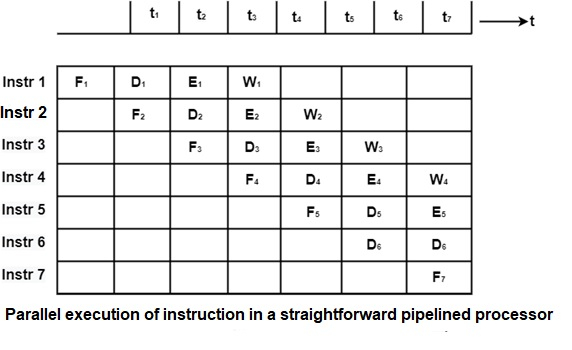 Pipelining supports higher implementation at a cost of increased hardware complexity. Accordingly, pipelined processors were first employed in very expensive super and vector processors, around 1970. Subsequently, pipelined instruction processing became the standard implementation in mainframes and, in the 1980s in microprocessors.

Most dedicated functional units such as FX or FP EUs also became pipelined. Pipelined EUs are frequently used as building blocks of advanced processors, such as VLIWs or superscalar processors. For example, the PowerPC 601 has three pipelined EUs, one each for FX, FP, and branch execution.