What are the hardware components of the Computer System? 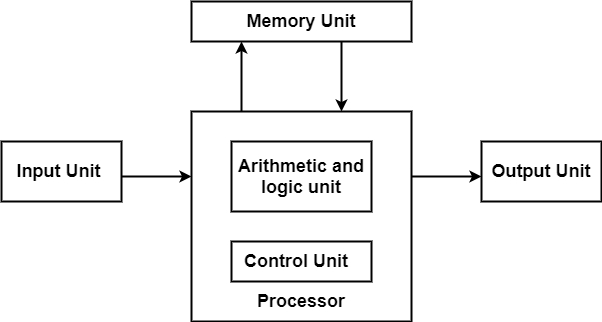 Input units are used by the computer to read the information. The most frequently used input devices are keyboards, mouse, joysticks, trackballs, microphones, and so on. Whenever a key is clicked, the matching letter or digit is necessarily interpreted into its equivalent binary code and communicate over a cable to either the memory or the processor.

The output unit is the reverse of the input unit. When the processor sends the output to the output unit. The output unit modifies the data supported by a computer system from binary language to human language. In this process, data is transmitted in an external environment such as a monitor and sound.

A central processing unit is referred to as a computer circuitry within a computer that transfers out the instructions given by a computer program by executing the basic arithmetic, logical, control, and input/output (I/O) operations determined by the instructions.

The Memory unit can be defined as the storage location in which programs are stored which are running, and that includes information required by the running programs.

There are two types of Memory Unit such as follows −