What are the components of Modern Block Cipher in Information Security?

Block cipher modes of operation have been produced to delete the chance of encrypting identical blocks of text the similar method, the ciphertext formed from the previous encrypted block is used to the next block. A block of bits is known as an initialization vector (IV).

Straight D-box − It creates n inputs, permutes them and supports n outputs. In this, the second input after permutation is the first to be outputted. The first letter in input is permuted to second place, third on fourth place and fourth on third place. There are n! Possible way of mapping in D-box.

Compression D-box − This is a D-box with n inputs and m outputs, where m<n. There are various inputs are blocked and do not reach the output. Compression D-boxes are used when it is required to permute bits and at the similar time reduce the number of bits for the next stage. 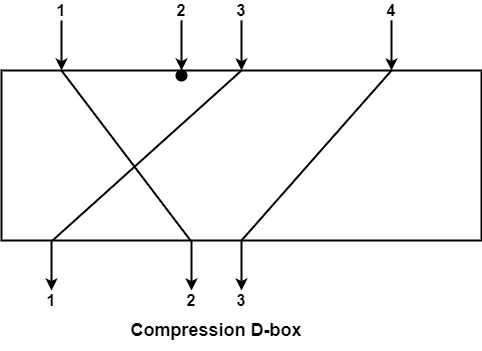 Expansion D-box − This is a D-box with n inputs and m outputs, where m >n i.e., there are various inputs are connected to more than one output it is used when it is required to transpose bits and the same increase the multiple bits for the next stage. 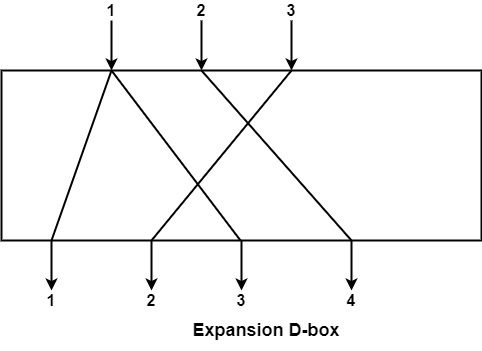