What are Digital Signatures and how do they work?

Digital Signature is a mathematical technique which is used to authenticate a digital document. This is equivalent to handwritten signature or a stamped seal and offers far more security and integrity to the message or digital document. It solves the problem of impersonation in digital communications by providing evidence of origin, identity and status of the digital transactions. Many countries like the United States of America consider digital signatures as legal. They even publish public laws, private laws and the Budget with digital signatures.

How does a Digital Signature Work?

When it comes to Block Chain, the digital signatures are one of the aspects which ensures the security and integrity of the data which is written into the Block Chain. They are the used to secure transactions and prevent external tampering. Digital Signatures use asymmetric cryptography which means the information of the cryptocurrency can be shared on the public ledger with everyone in the network using the public key.

The key success secret of a Bitcoin Protocol is the Bitcoin digital signature and its verification process. The person who sent the message of Bitcoin transaction should possess the corresponding private key, which confirms that he owns the Bitcoins. Anyone in the network can verify the transaction as a result. 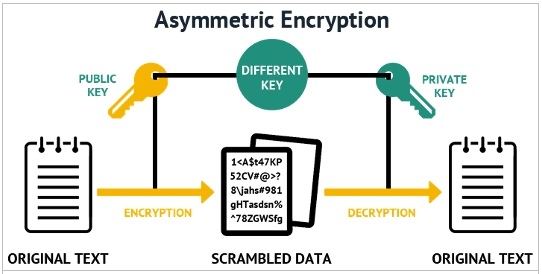 The asymmetric cryptography, uses two mutually authenticating cryptographic keys. Public and Private keys are simply extremely large and random numbers. The sender on the network generates a private key and public key. They sign the message with the Digital signature comprising of both the keys and send their transaction message using public key. In the peer to peer network, each transaction is validated by every node. Every node or receiver of the message then checks the transaction using the public key and verifies that the sender is genuine using elliptic curves and complex modular mathematics.

As the key pair is mathematically related, whatever is encrypted with a Public Key can only be decrypted by its corresponding Private Key and vice versa. The sender will encrypt the message using his private key and sends across public key in the matter of Bitcoin Network.

The node or receiver of the message checks it using the verification algorithm that the message has been signed by the sender, and that the Node is a valid user and the holder of the private key to the public key sent. This is how the digital signatures are authenticated and used to secure transactions.