Bluetooth network technology connects mobile devices wirelessly over a short-range to form a personal area network (PAN). The Bluetooth architecture has its own independent model with a stack of protocols, instead of following the standard OSI model or TCP/IP model. Another unique feature is that it is not mandatory for all the devices in the Bluetooth system to use all the protocols in the stack. This is because Bluetooth is designed to be used by myriad applications and the application designates which part of the protocol stack is to be used.

Protocols in the Bluetooth Protocol Stack 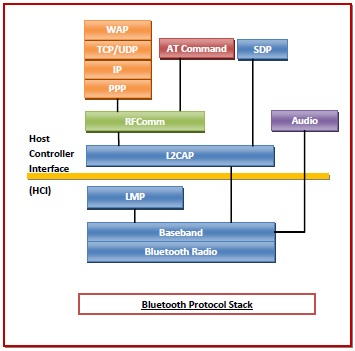 Functions of the Core Protocols