The IEEE 802.16 is a set of standards defining the specifications for wireless broadband technology. It has been commercialized as Worldwide Interoperability for Microwave Access (WiMAX) that is responsible for the delivery of last-mile wireless broadband access. It lays down the standards for both physical layer as well as medium access control (MAC) layer for WiMAX. 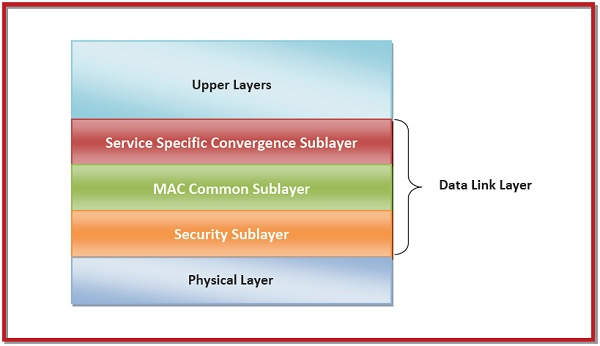 The MAC layer accepts data packets called MAC service data units (MSDUs) from the upper layer. It then organizes them into MAC protocol data units (MPDUs) for transmission over the air interface. The reverse procedure is followed in case of receiving the transmissions.

A convergence sublayer is included in the versions IEEE 802.16-2004 and IEEE 802.16e-2005 of the MAC sublayer providing interfaces with a number of higher-layer protocols, like ATM TDM Voice, Ethernet, IP, etc.

The main features of MAC sublayer for WiMAX are −