A row is assigned to a particular AMP based on the primary index value. Teradata uses hashing algorithm to determine which AMP gets the row.

Following is a high level diagram on hashing algorithm. 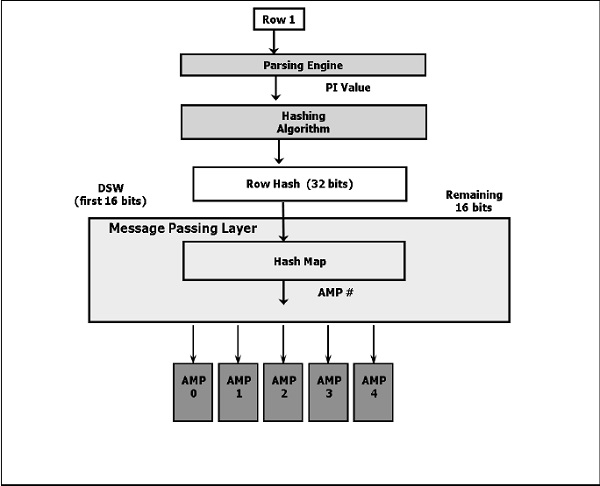 Following are the steps to insert the data.

How Tables are Stored

Tables are sorted by their Row ID (Row hash + uniqueness id) and then stored within the AMPs. Row ID is stored with each data row.