In physics tension is a kind of force that is generated due to the application of load at one or more than one end of an object in a directional way. This force that has been generated normally is denoted as the force of tension to the cross-section of the object.

What do you mean by tension in physics?

In physics tension is referred to the force along the length of an object and this force is carried by a flexible object like cable, wire, or rope. Tension can also be denoted as the action and reaction pair of forces that acts at every end of the flexible elements like wire, cable, or rope (Sciencefacts, 2022).

The formula of tension can be stated as

The common misconception about tension

If an attempt of pushing the rope is made, then it will cause the rope to go slack and lose the tension that its possess. 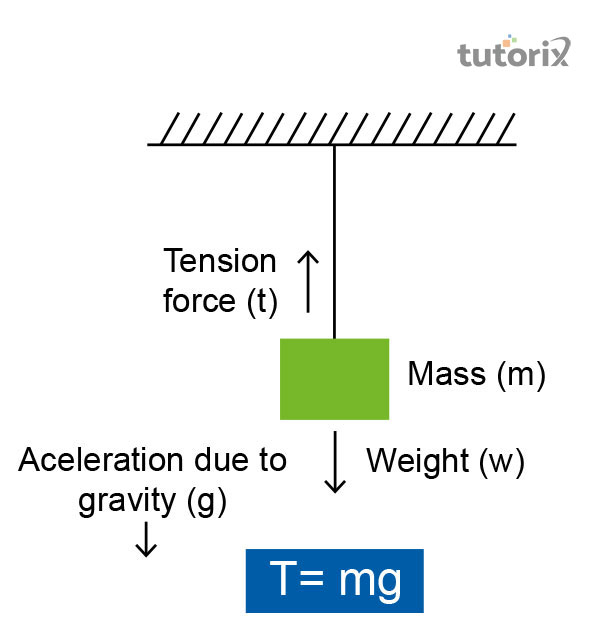 People often wrongfully illustrate the force that is acting on a flexible material like wire, or rope as going in the wrong direction. Thus, it is very much vital to keep in mind that force of tension can only pull on and cannot push against the object.

What is tension force?

In physics the force of tension is determined to be the pulling force where the load upon a subject are applied axially that is on its one or more than one end. The state of stress in which an object is pulled apart is called tension in physics. For example, it can be stated that a wire is attached to the ceiling and has a fixed weight to its lower-end (Dewwool, 2022). There are several types of stress that an object can experience such as shear stress, tensile stress, and normal stress. 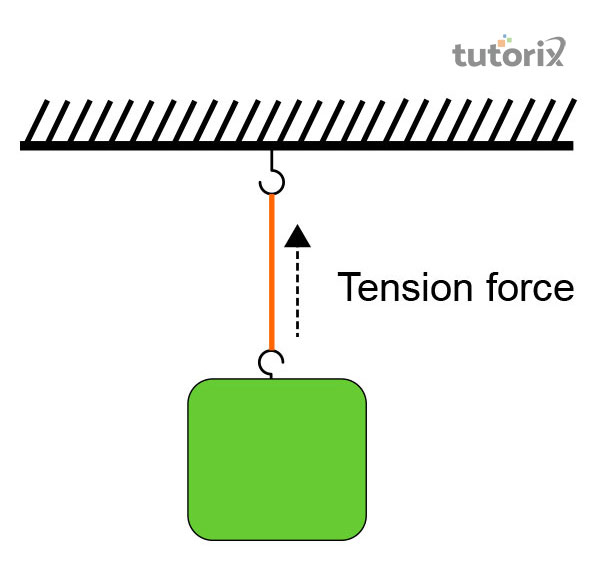 Figure 2: The force of Tensiond

The examples of the tension‘are suspension bridge, plucking of guitar strings, an elevator that is suspended by a cable, and so on.

Calculation of the force of tension

If a block of an object is determined as $\mathrm{m_1}$ and is found lying on horizontal table then $\mathrm{m_1}$ can be pulled by $\mathrm{m_2}$ with the help of a pulley as shown in the picture below. 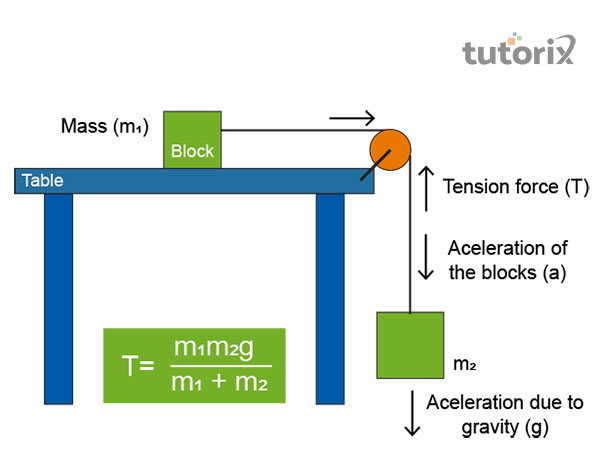 The direction of the force of tension is the pulling force and not the pushing force and thus it will point away from the object in direction of the rope or the string. In the case of any hanging flexible object, if the rope pulls the object upwards it exerts an upper pressure on the object and its tension will also be on the upper side. Here the rope is acting as the transferring agent of force. If the two objects are connected with the same rope then both the object's magnitudes of tension force will be different from each other.

Q1. What is tension?

Q2. What are proper examples of the force of tension?

The force of tension of the flexible objects basically balances the applied force. The force is only transmitted through a wire when it is pulled otherwise on pushing the wire the results will be in slack. The major examples of the force of tension are the suspension of a pendulum bob, Spring in a watch, swing in the playground, seat belts, and so on

Q3. What will the tension in a string be if 2 same forces of 5 N is put to their end?

There is 10 N of tension force in a string. If the string is stretched by the same force of 5 N in the opposite direction then it will give rise to a tension of 5+5 = 10 N.

Q4. How the force of tension is gets affected by gravity?