Swimming - How to Play?

Four major styles have been established in competitive swimming. They are −

In this style, swimmers dive into the pool stretching their arms and shoulders width apart. They enter the pool either flat or slightly downwards. They rotate their arms in a semi circle to raise the body. The body propels as they push water toward their feet by moving their hands simultaneously. They push water backwards by synchronously moving their feet up and down. They can use dolphin or butterfly kick. This style was originated from the breast stroke and is considered to be the most difficult style. 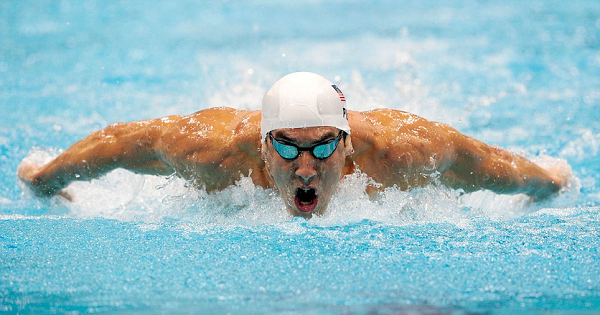 FINA, the international swimming regulating body, accepted this stroke and formed a set of rules in 1952.

In this style, swimmers swim on their back. They can breathe easily as their head will be above water throughout the stroke. However, swimmers cannot see where they are heading. In swimming pools with artificial lanes, most swimmers know how many strokes they take to reach the end.

Swimmers are allowed to turn their heads to see where they are heading, but it slows them down. This stroke looks like an inverted front crawl. Swimmers move their arms in semi circular motion, one after the other, to push water towards their legs. While they catch water with one arm the other arm recovers.

They kick water with pointed toes and try to reduce drag by keeping their legs as straight as possible. Their semi circular arm movement provides them the required push. The axis is longer and is along the swimmers body from head to toe. 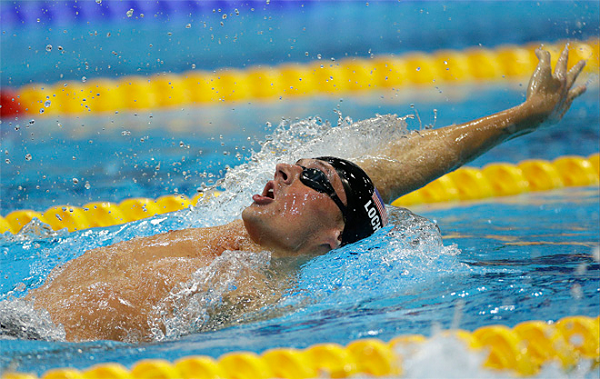 At the start of the race, swimmers place their legs shoulder width apart, facing the wall and clinging to the start block. They usually bend their knees at right angle and get ready for the race. Once they hear the start signal they push themselves away from the start block with their feet. They swing their hands and dive into the water on their back.

This style is considered to be the oldest. In this style, swimmers stretch their arms forward and tilt their hands slightly downwards. While pulling their hands towards the waist, they bring their feet closer to the hips and fold their legs and kick water with their feet. This propels their body forward and gives them speed. The leg movement is similar to that of a frog, so it is also known as frog kick or whip kick. 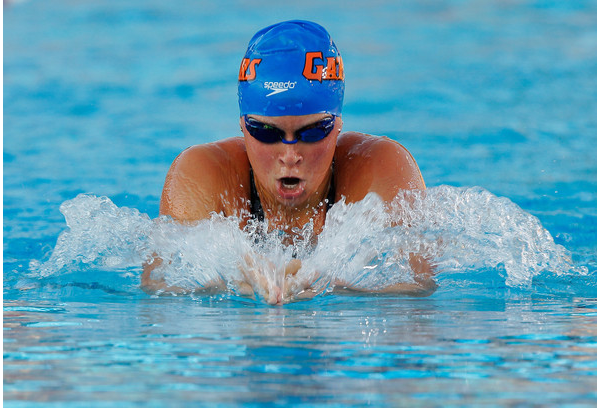 In this stroke, the greater angle the swimmers’ body makes with the water surface while trying to push the water backwards, induces drag and slows down the swimmer. Swimmers master this stroke by learning to reduce drag at the start of the race by keeping their body, from head to hips, as straight as possible.

To gain speed while pushing water backwards during a frog kick, swimmers should try to keep their heels immersed in water, but as close to the water surface as possible. They need to learn to manage their breath, by pulling in their stomach and bringing their face above the water surface, while moving their hands towards their hips.

In free style races, very few restrictions are placed on the swimmer. The swimmer can choose to swim in any style. However, front crawl and free style have become synonymous as almost all swimmers across the world use front crawl in free style competitions. In this style, swimmers move their arms alternatively forward, pulling water backwards.

They flutter-kick their feet simultaneously. They move one of their arms in a semi circular motion in vertical plane while they catch water with the other arm and push it backwards. They might also choose to whip kick their feet. This variant is called the Trudgen. 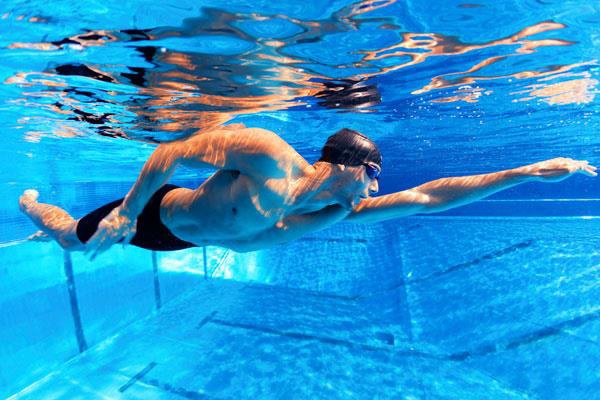