Swimming has evolved over time and new styles gave birth to new events and rules. It is difficult to compare champions across decades. Swimming as a sport is enjoyed and mastered by both men and women. Some of the famous swimming champions are listed below. 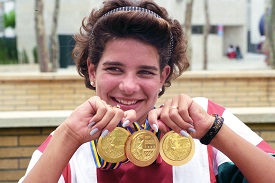 Krisztina is a backstroke swimming champion from Hungary. She participated in the Summer Olympics at 1988, 1992 and 1996 and won the 200 meter backstroke in all the three Olympics.

At age 14 she became the youngest athlete ever to win an Olympic gold medal in swimming when she won the 200-metre backstroke at the 1988 Olympic Games in Seoul. After Dawn Fraser, she was the second woman to score a gold medal in any individual swimming event at three consecutive Olympics. 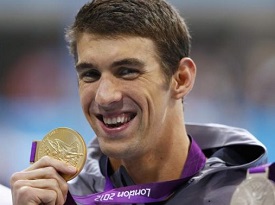 Phelps is an American swimmer. He won 22 Olympic medals and holds a record for winning 18 Olympic gold medals. 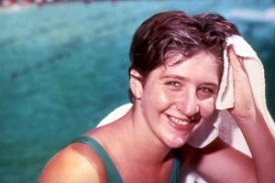 Fraser is an Australian champion swimmer and is the first woman swimmer to get gold medals in any individual swimming event in three consecutive Olympics. She won the 100-meter freestyle three times in 1956, 1960 and 1964 Summer Olympics. 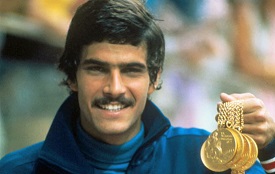 Mark Spitz is an American swimming champion. He won two gold medals at the 1968 summer Olympics. Spitz set a world record at the 1972 Olympic Games, when he won seven gold medals across individual and team events. He was a nine-time Olympic champion.

Apart from winning gold medals he also won a silver and a bronze medal along with five Pan American gold medals. 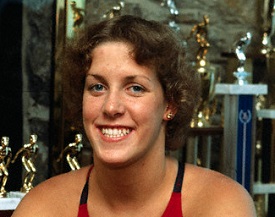 Tracy is an American former competition swimmer. She is considered to be one of the most versatile swimmers and has set U.S records in all the four styles. She could not participate in the 1980 summer Olympics because the U.S boycotted them.

Tracy won three medals at the 1984 summer Olympics. She has set 68 records out of which five are world records and 63 are records made in American championships. 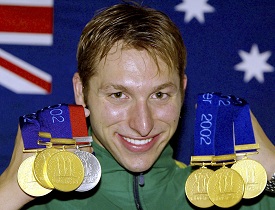 Ian Thorpe is an Australian freestyle swimming champion, who won five Olympic gold medals, three at the 2000 Summer Olympics and two at the 2004 Summer Olympics. He made his debut in 1997 through pan Pacific Championship and got fourth rank in 200 meter freestyle.

Thorpe won 400 meter freestyle in Perth World Championship in 1998 and became the youngest champion. After this he won the races in Olympics and Common Wealth games.