The Model ALS-NIFC-07 which on approximating successfully ADC is clearly described in this topic. It consists of a programmable timer interface which connects to the kit of ALS-SDA-85M by using a flat cable of 26 crores. The connector C1 gets connected to the interface by the Input Output connector P3 in the kit for the ALS, which is implemented on a flat cable. The power supply of +12V, -12V, +5V, and GND gets connected to the interface. The circuit description is shown below – 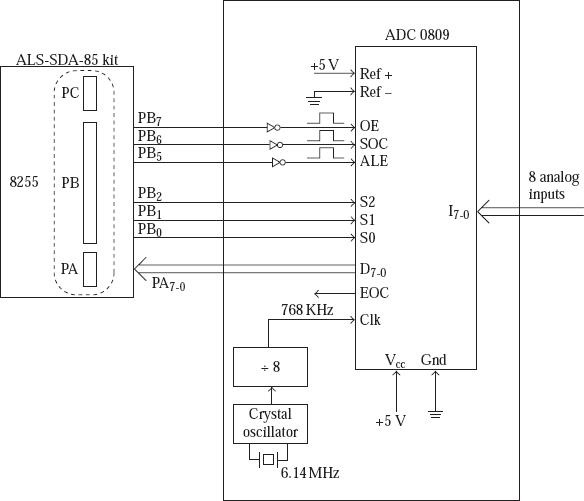 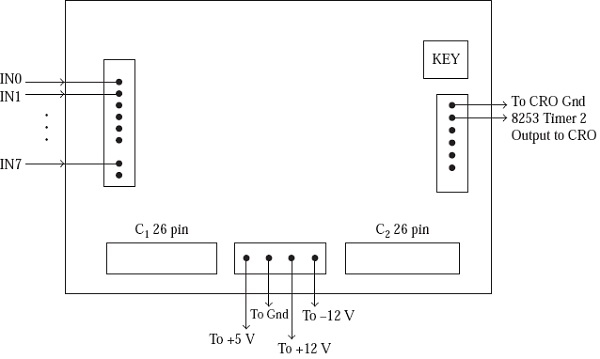 C1 is connected to connector P3 (or P4) on ALS kit, for ADC interface purpose

C2 is connected to connector P2 on ALS kit, for timer interface

Then the digital output D7-0, corresponding to the selected Analog input, comes out on the ADC output pins if the OE (output enable) input of the ADC is at logic 1. The OE input of ADC becomes logic 1, if logic 0 is sent out on PB7. Then 8085 reads this digital value from Port A and displays it in the data field of the 8085 kit. When using this interface, it is required to configure the 8255 ports on the kit as follows.

PA as input PB as output PC as input

PC in not used by the successive approximation ADC interface. Port addresses for 8255 connected to connector P3 are as follows.