PyBrain is a library developed for Machine Learning with Python. There are some important concepts in Machine Learning and one among them is Networks. A network is composed of modules and they are connected using connections.

A layout of a simple neural network is as follows − 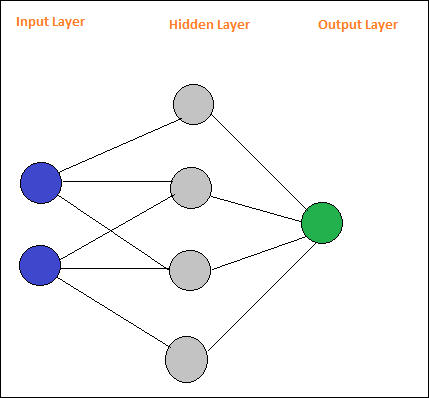 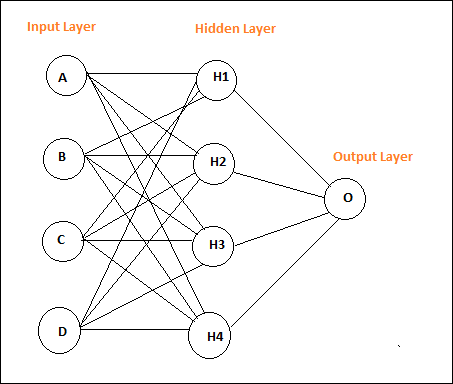 The circles are said to be modules and the lines with arrows are connections to the modules.

The nodes A, B, C and D are input nodes

In the above network, we have 4 input nodes, 4 hidden layers and 1 output. The number of lines shown in the diagram indicate the weight parameters in the model that are adjusted during training.

Recurrent Networks are similar to Feed Forward Network with the only difference that it has to remember the data at each step. The history of each step has to be saved.

Here is a simple Layout of Recurrent Network − 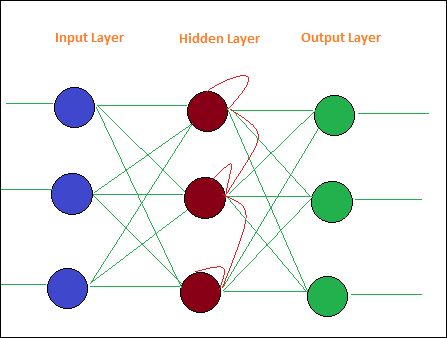