According to the microprocessor point of view, the 8253 is designed and has some specialty port chip I/O. We don't use it for interfering the I/O devices. For performing the application of time it is used. 8253 has the addressed A1 and A0 input pins.

The counters have width of 16 bits. If they were 8-bits wide, the delay in time that would be generated is very small. The Least Significant Byte and the Most Significant Byte of a counter is selected by using the same address of the port.

The control port contains conveys the following information to 8253.

Configures the selected counters to perform a particular operation.

To decide selected counter is in decimal or in hexadecimal.

The counters can be configured to work in any of the following six modes of operation.

For the discussion in this topic, the chip select circuit is assumed to be such that the port addresses are as follows.

As a DIP package Intel 8253 is a 24-pin programmable IC available. IC has three counters which work independently and whose width is of 16-bits. In addition, we have a control port to decide what is the mode of working of the three counters. The physical and functional pin diagrams of them are indicated below. 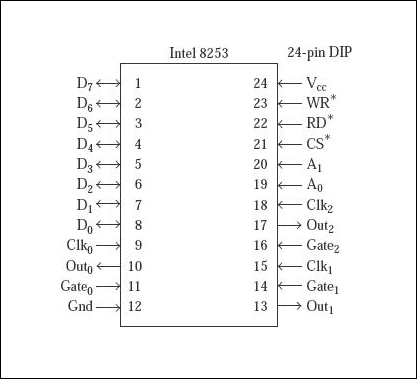 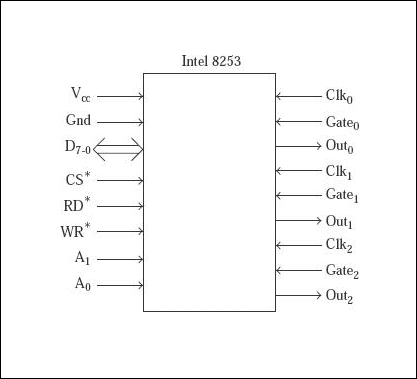