This chapter covers the popular machine learning technique called recommendation, its mechanisms, and how to write an application implementing Mahout recommendation.

Ever wondered how Amazon comes up with a list of recommended items to draw your attention to a particular product that you might be interested in!

Suppose you want to purchase the book “Mahout in Action” from Amazon: 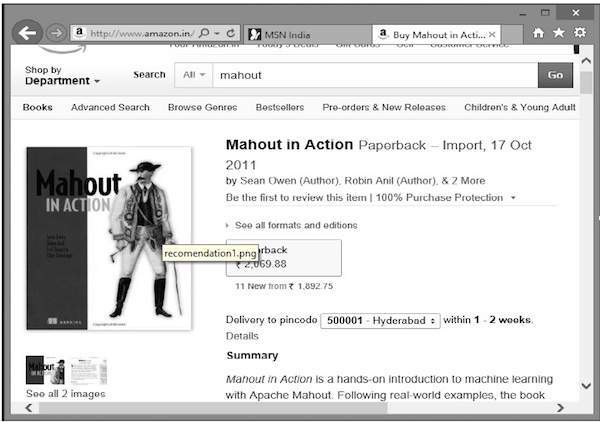 Along with the selected product, Amazon also displays a list of related recommended items, as shown below. 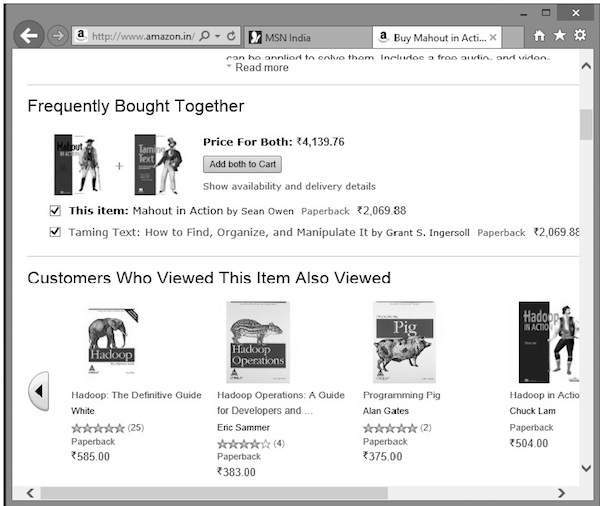 Mahout has a non-distributed, non-Hadoop-based recommender engine. You should pass a text document having user preferences for items. And the output of this engine would be the estimated preferences of a particular user for other items.

Consider a website that sells consumer goods such as mobiles, gadgets, and their accessories. If we want to implement the features of Mahout in such a site, then we can build a recommender engine. This engine analyzes past purchase data of the users and recommends new products based on that.

The components provided by Mahout to build a recommender engine are as follows: 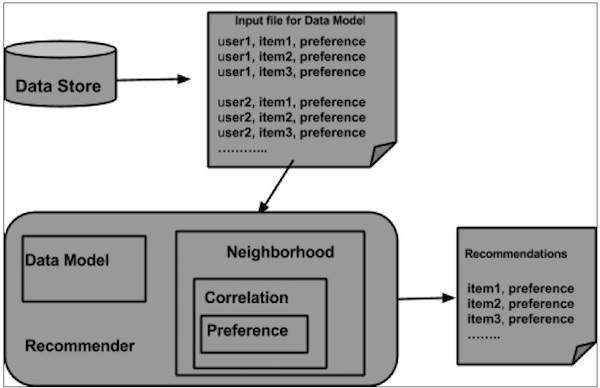 Here are the steps to develop a simple recommender:

The constructor of PearsonCorrelationSimilarity class requires a data model object, which holds a file that contains the Users, Items, and Preferences details of a product. Here is the sample data model file:

This object computes a "neighborhood" of users like a given user. There are two types of neighborhoods:

Here we are using ThresholdUserNeighborhood and set the limit of preference to 3.0.

Create UserbasedRecomender object. Pass all the above created objects to its constructor as shown below.

Step5: Recommend Items to a User

It should produce the following output: