Lolita Fashion: A Subculture of Japan

Emerged in 1990s, Lolita fashion is a Japanese subculture. People admire the fashion and it is popular everywhere in the world. It encourages doll fashion and was motivated by Victorian attire. People enjoy dressing like Lolita as a way to express their love and as an escape from adulthood. 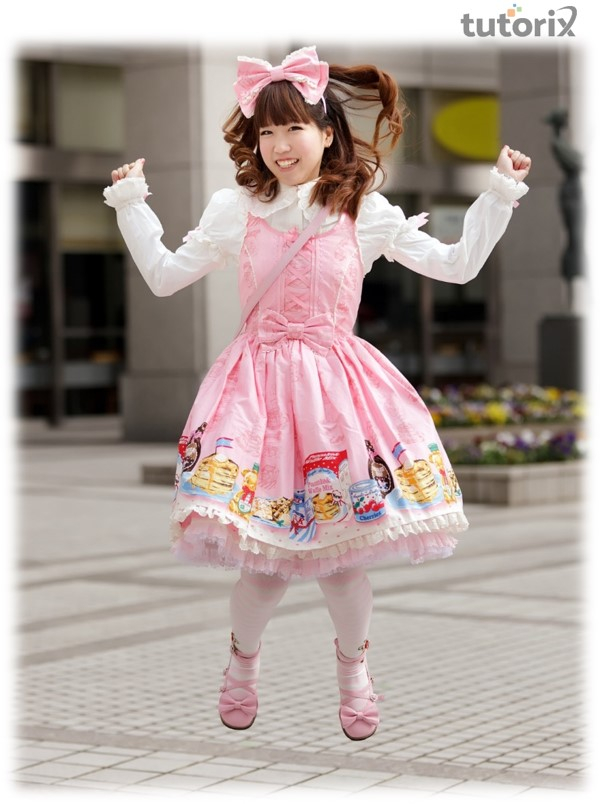 What is the Meaning of Lolita Fashion?

The highly intriguing style of clothing known as Lolita. It is developed in Japan, and hence, is a part of Japanese culture. Because of its distinctive viewpoint Lolita fashion stands out in contrast to other Japanese street fashion. This look is inspired by Victorian apparel, which comprises clothes with influences from British culture and includes skirts, petticoats, and crinolines. Their main piece of clothing is a shirt with skirts that are often knee-length Lolita fashion mostly represents sweetness, which wasn’t in vogue at the time. It is divided into three substyles: gothic, classic, and sweet. A subculture known as Lolita fashion was created in the 1990s and introduced to the public in 2010.

The Rococo styles and Victorian clothing mainly influenced Lolita's fashion. "Alice in Wonderland", a book written by Lewis Carroll, also plays an important role in the introduction of Lolita fashion to the world. The book mainly focused on the childhood days, which highlighted innocence and freedom. This became the motto of Lolita fashion. Later on, The Rose of Versailles, a manga, became another source of inspiration for Lolita's fashion.

Listed below are some characteristics of Lolita fashion which distinguish it from others.

Lolita fashion quality of dress is dependent on textile, just like any other fashion. The textile used in Lolita's dress was soft and fluffy. It generally consists of cotton, fleece, broadcloth, georgette, and satin.

Lolita fashion is highly inspired by Victorian clothing and Rococo styles. The main component that would be found in the wardrobe of Lolita fashion is the blouse. The blouse can be worn with a knee-length skirt and a long or half-sleeved top. They also wear wigs as additional accessories as headwear.

Lolita fashion is divided into 3 main substyles: Gothic, Classic, and Sweet. Gothic Lolitas are inclined towards bat themes. They can wear the black ribbons and hold the ribbon bags with them. The socks they wear come to the knee with classic shoes. Lolitas are more of a child-like style. They wear bows, ruffles, and light colors. Classic Lolitas are more inclined towards historic outfits. They were inspired by Victorian clothing. They have more mature themes than other Lolita styles.

Fashion comprises so many accessories. Lolita fashion includes accessories like headdresses, bonnets, Alice Bows, smaller bows, hair corsages, and vintage style hats. They also wear pearl necklaces and carry purses in their hands. Parasols and gloves are also worn by them. These are the accessories that can be worn with any style of Lolita fashion.

The prints of Lolita fashion are different and attractive. The garments are generally stitched keeping in mind the soft and smooth prints that denote childhood. Classic Lolita prints are more historic and mature. However, Gothic Lolita wears the bat theme dress and is black in color.

In old times, the young people of Japan were pressured to strictly follow gender roles and fulfil their responsibilities. The transition from childhood to womanhood was difficult, with the loss of innocence and impending responsibilities. This change forces them to act more as sexual objects. But Lolita wanted to explore and show people their existence. The inspiration from children's clothing allowed them to have an escape from their adulthood and go to a fantasy world where they live their lives in their own ways.

They also say they enjoy their culture and the way they dress. This way of living gives them confidence. They never intended to hurt any traditional Japanese society; it was their way of living their life.

In the fast-pacing world, it is very important to promote endangering fashion so that it doesn’t vanish from society. The motive of Lolita fashion is very pure, which should be spread as much as possible.